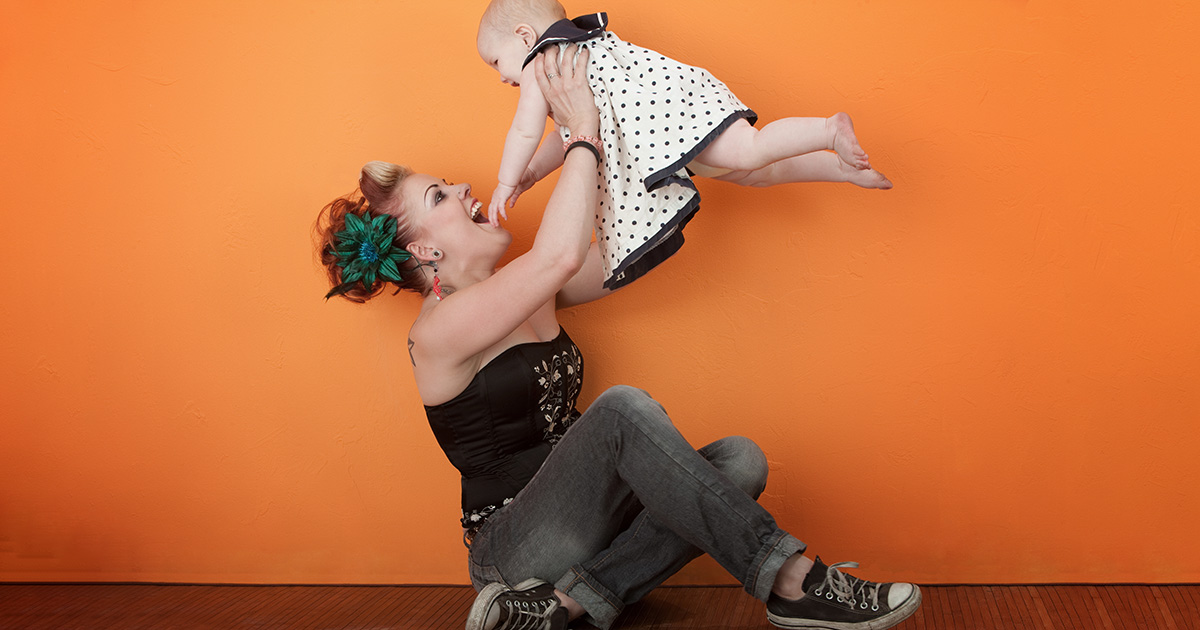 TAUNTON, Mass. — Local maniac and new mother Aidy Simmons is now apparently the foremost expert on health, safety, and almost every other topic now that she’s responsible for keeping a human being alive, annoyed friends confirmed.

“I don’t want to be one of those overprotective moms, my own mother had her issues with letting go that might have fucked me up a little when I was younger,” said the woman who once ate an active roman candle from the lit end, not even on a dare, just to do it. “Back before I had Strummer I made a lot of impulsive mistakes. But I’ve developed a sort of intuition over the past few months and now nobody is going to be allowed to touch him if they use a hand lotion containing parabens, I don’t need that shit irritating him. He’s very sensitive, which he must get from his father. He gets an upset tummy if his food isn’t at the right temperature. I wish Strummer got a bit more of my toughness, just last year I licked bird shit off a car window for a cigarette and barely got sick.”

Those close to Simmons are happy that motherhood has tamed her wild edge, but admit they are annoyed by her sudden wealth of pseudo-knowledge.

“Three years ago I was visiting Aidy in the hospital because she broke her legs jumping from a balcony into a kiddie pool. All her friends were worried that she was going down a path of self-destruction, then she got pregnant and it all changed,” said friend and former roommate Samarra Gotlieb. “Now things are just weird. She’s gained a pretty big following on Tik Tok sharing recipes for homemade lotions that seem dangerous. And last week she brought a bunch of frozen bags of breast milk to a food drive which definitely isn’t non-perishable, to say the least.”

“It takes zero skill to become a parent, but it’s a big lifestyle change for anyone who experiences it. Because of this, new parents tend to go completely insane and think that bringing life into the world makes them god-like,” said Lee. “It’s usually a symptom of trying to overcompensate for the accidental pregnancy. It’s fine if you and your partner got drunk and banged in a Waffle House parking lot without protection, but that mistake doesn’t qualify you to be an asshole nine months later and for the next 18 years.”

Simmons was last seen on the campus of MIT insisting that being a mother qualifies her to run the school’s biology department.