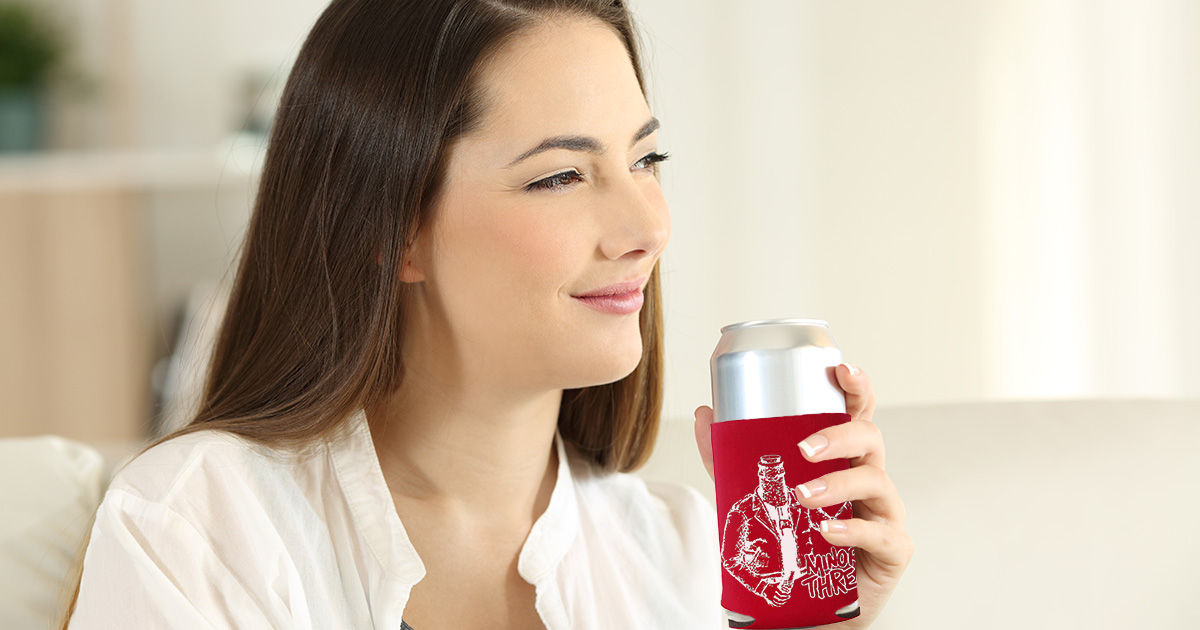 “As I was sipping my DC Brau Pils from this red Minor Threat koozie, I got the feeling that something just wasn’t adding the fuck up here,” recounted Jozak, who purchased the koozie on the street one block away from a Coriky show in 2018. “I started thinking about the song ‘Bottled Violence’ and I realized that those lyrics aren’t glorifying getting shitfaced like I once thought. Then I remembered that Minor Threat is pretty much synonymous with straight edge, which makes this koozie seem pretty silly. I’ll just sort of laugh it off and say it’s a joke if anyone asks about it.”

“All I do is throw one of their logos on crap I order from China and these people go nuts for it. Bottle openers, lighters, condoms, people can’t get enough and I clean up,” said Rance while displaying his most recent items on a sheet in downtown Washington DC. “She also bought a pack of The Teen Idles rolling papers. Like, come on- how thick can you be? Also, I charge like $25 a pop, many times more expensive than the tickets. Ian absolutely hates me, and to be honest? I don’t blame him. I hate myself. Not for the bootlegging, but for many, many other reasons.”

“I couldn’t really give less of a shit at this point about the boozers and bootleggers who show up to my shows,” proclaimed an apathetic Mackaye. “You wanna poison yourself with alcohol and low-quality band merch? Go right ahead. No skin off my back. I don’t think about these people at all, and if I did I would just feel bad for them. People will probably get lead poisoning from the ink used on those koozies, and you know what? They deserve it.”