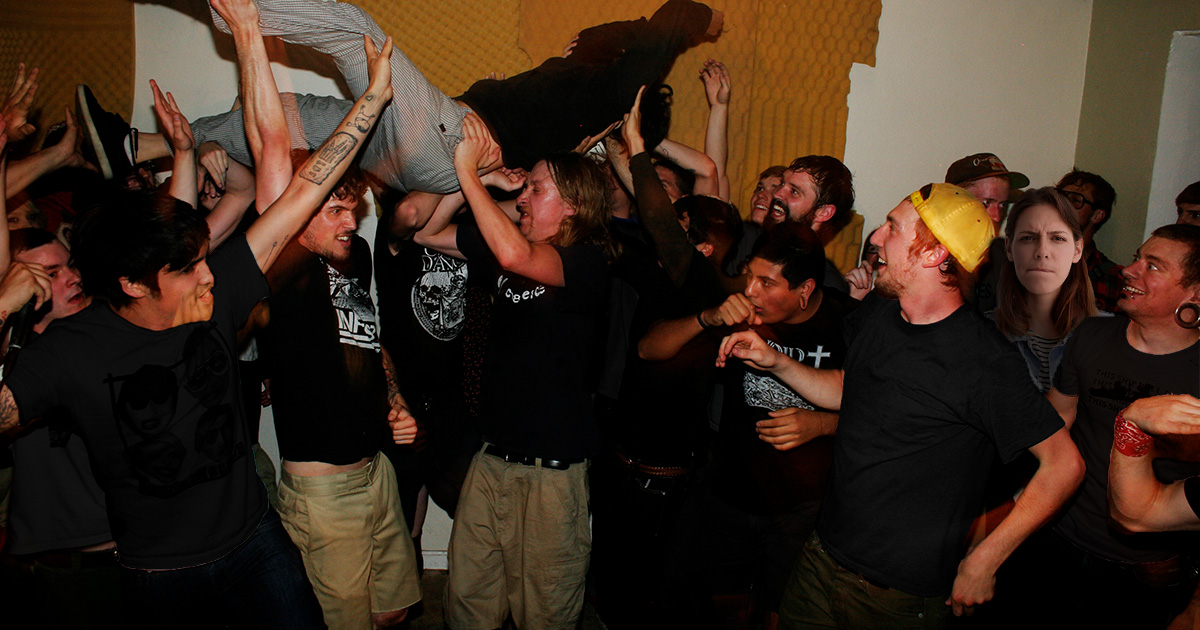 NEW ORLEANS — Local punk Sarah Moreno was seen scouring the crowd at a show last night for her blind date, a “white guy in a black shirt,” unsurprised sources confirmed.

“Well, it looks there are about 75 people here,” said a cautiously optimistic Moreno. “So far, I’ve narrowed it down to 71, because of those three girls,” she said, pointing at the women, “and that one black dude over there.”

Moreno was reportedly set up on her date by a mutual friend — a system she prefers over dating apps.

“My friend Jen said he’s really charming, and funny, and tall… but that’s about it,” Moreno explained. “But if we meet in person instead of on Tinder or something, he’s less likely to open the conversation with a low-res dick pic. So the odds are already looking better for him, I guess.”

Moreno then scanned the crowd and speculated who her blind date might be, based on the limited information.

“From the looks of this room, it could be pretty much anyone… so that’s kind of exciting,” said Moreno. “Short dudes are already out, and I feel like he would’ve said something if he had a beard or a ton of tattoos. So that basically leaves, like, 45 people? Is that right?”

“I just hope he wasn’t being intentionally vague to humblebrag that he was the vocalist in the opener. That band sucked,” she added. “As long as it’s not him — or that guy in the corner who smells like chicken wings, staring at me in the greasy Iron Maiden shirt — it’ll be fine.”

For his part, 32-year-old Jeff Eckle, a record store employee “between record stores at the moment” and the other half of Moreno’s blind date, gave some insight into his self-description.

“I tried to be as specific as I could about what I look like,” said Eckle, who was virtually indistinguishable from 85 percent of people at the show. “What can I say? I’m a punk, I don’t conform. That means dressing differently from everyone around me. I think women like that about me.”