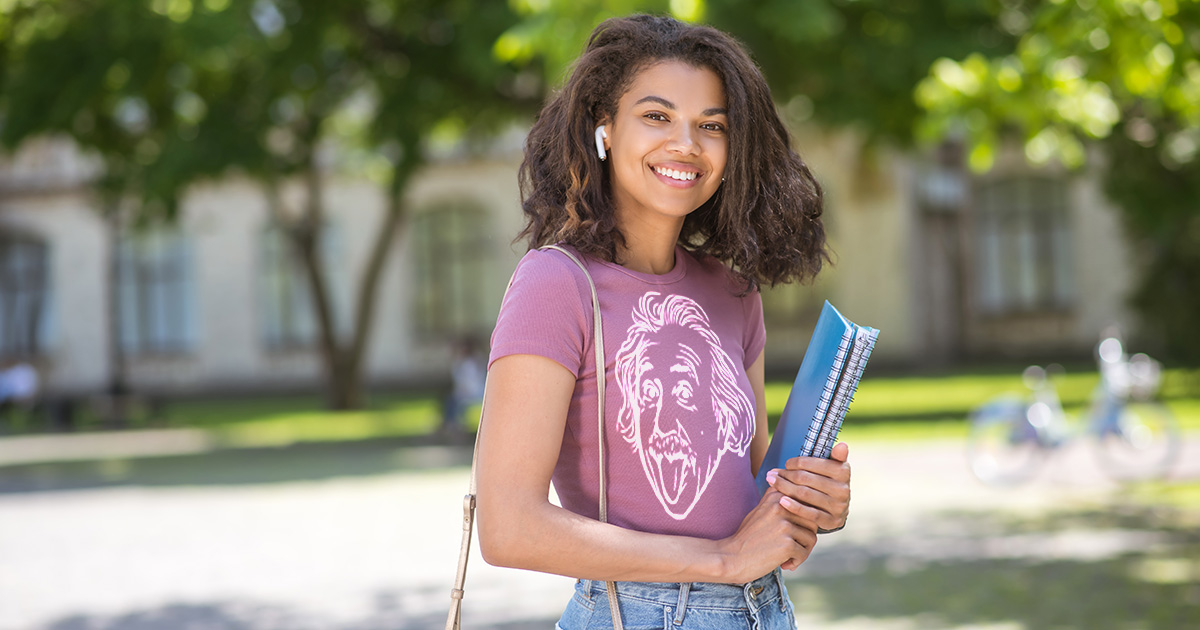 CHICAGO — Local woman Bethany Bryant was accosted while wearing a T-shirt depicting Albert Einstein by a man who demanded that she prove her understanding of the Theory of Special Relativity by naming Three Non-Optical Implications of the Lorentz Transformation, confirmed confused sources sitting nearby.

“I was just eating a sandwich and this guy came up to me and scoffed at my shirt,” said Bryant while covering her Einstein shirt with a cardigan. “Then he started talking about how normies don’t understand the difference between time dilation and time contraction. I only got this shirt cause I thought it looked cool, but if I knew that weirdos were going to bother me about the Inverse Doppler Effect I never would have gotten it.”

Daniel Howe, a long-time fan of Theoretical Physics and Einstein in specific, was incensed by Bryant’s lack of knowledge about the topic.

“Posers will calculate a few Schwarzchild Radii in their first year of college and think they understand what Einstein is all about,” said Howe. “There’s so much more to Special Relativity than mass-energy equivalence. Theoretical physics saved my life. When I was a kid I used to hang around all the big physics venues, CalTec, MIT, just hoping to see some of my heroes laying down the newest theorems on X-Ray Cavitation. I would be the first one to show up at their lectures and the last one to leave, but now the whole scene seems so corporate.”

While Einstein’s status as a popular figure is undisputed, some agree with Howe’s sentiments and feel that the Physicist has become just another trendy symbol.

“People feel outraged when they see things that they have used as markers of identity transformed into pop culture icons,” said Professor Jacob Brouder from Princeton University and author of “E=MC Hammer: Special Relativity in Popular Culture 1983-2003.” “Like just the other day I saw this dumb jock talk about how he’d heard nothing can go faster than light. And I said to myself, ‘yeah dude I know.’ I saw Edward Witten present M-Theory at USC back in 95. I got kicked out of the Sakurai Awards for booing Georeg Zwig. I was there when CERN fired up the Low Energy Anti-Proton Ring in Geneva and proved that Tetraquarks gave had Charge-Parity Violations outside of confines predicted by Standard Models.”

Bryant admitted she was still bothered by the conversation but returned to work at the Feinberg School of Medicine where she is a senior research fellow on Chromosomal Translocation and Thyroid Lymphomas.