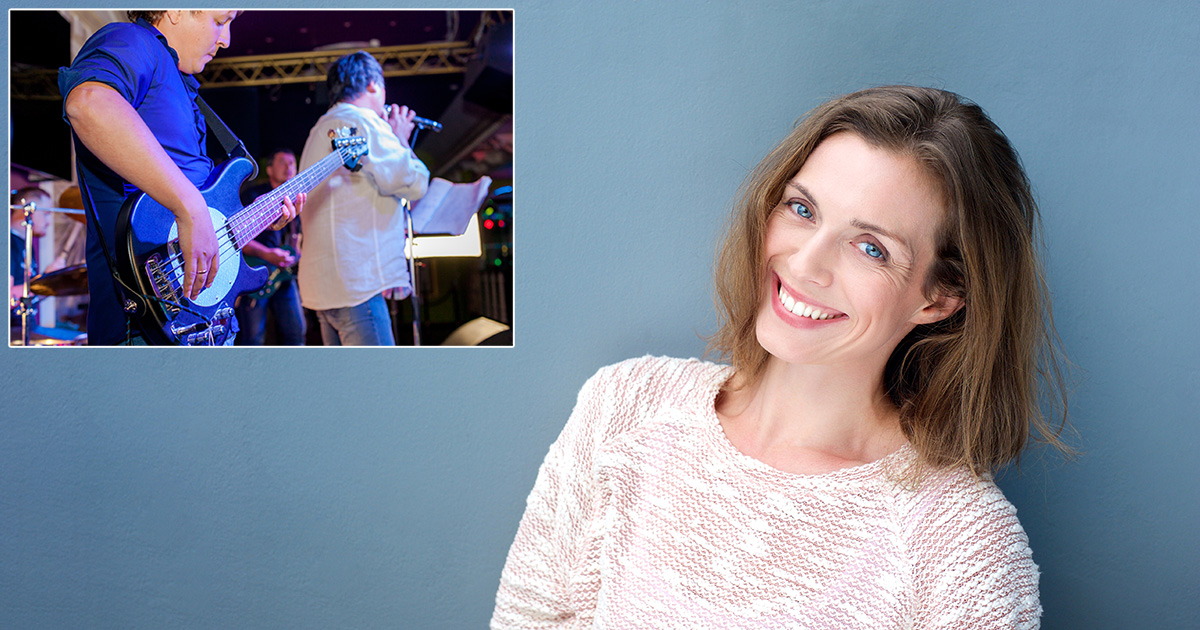 BETHESDA, Md. — Local woman Tabitha Wicksham is “not at all worried” about her husband sleeping with groupies during his cover band’s upcoming tour, citing their mediocre talent and lackluster song choices as “sure to turn-off even the loosest of two-bit floozys,” sources close to the confident woman confirmed.

“Before my husband Darren left for his so-called tour, he sat me down for ‘a serious chat’ to explain that although there would ‘absolutely’ be lots of groupies at these shows clamoring to sleep with him, he would never cheat on me. I couldn’t help but laugh — like, tears in my eyes, deep belly laughs,” said Wicksham. “First of all, he’s playing two shows at a bar up I-95; it’s not exactly a world tour. And I love him to death, but he’s not getting laid over his piss-poor cover of ‘Hey Jealousy.’ Hell, the Gin Blossoms probably can’t even get laid from that song anymore.”

Husband Darren Ballard was deeply insulted by his wife’s reaction.

“She just kept saying, ‘Dawwwwww, you’re adorable,’ exactly like when the kids show us their crappy drawings,” said Ballard. “And FYI, there are lots of girls at our gigs — some even pay attention to us. There have even been a couple times where they didn’t actively look away from us when we were unloading. So for her to condescendingly say, ‘Of course, sweetie. You could get so many hot groupies, you big rock star,’ was really hurtful.”

“I approached him after his show, figuring he knew where the bathroom was. So I said, ‘Great set,’ just to be polite… even though I didn’t know any of the songs because I’m, you know, 23,” said Dawson. “But then, that middle-age creep cut me off and said, ‘I don’t go for groupies, I’m married.’ I fucking flipped my lid. Like, get real dude — he’s probably older than my dad. I went to smack him with my clutch, and he got so scared, he hid in the men’s room until his wife came to pick him up.”

Sadly, marital tension between Wicksham and Ballard further escalated after the latter stuffed an eggplant into his pants, ruining that week’s meal plan.