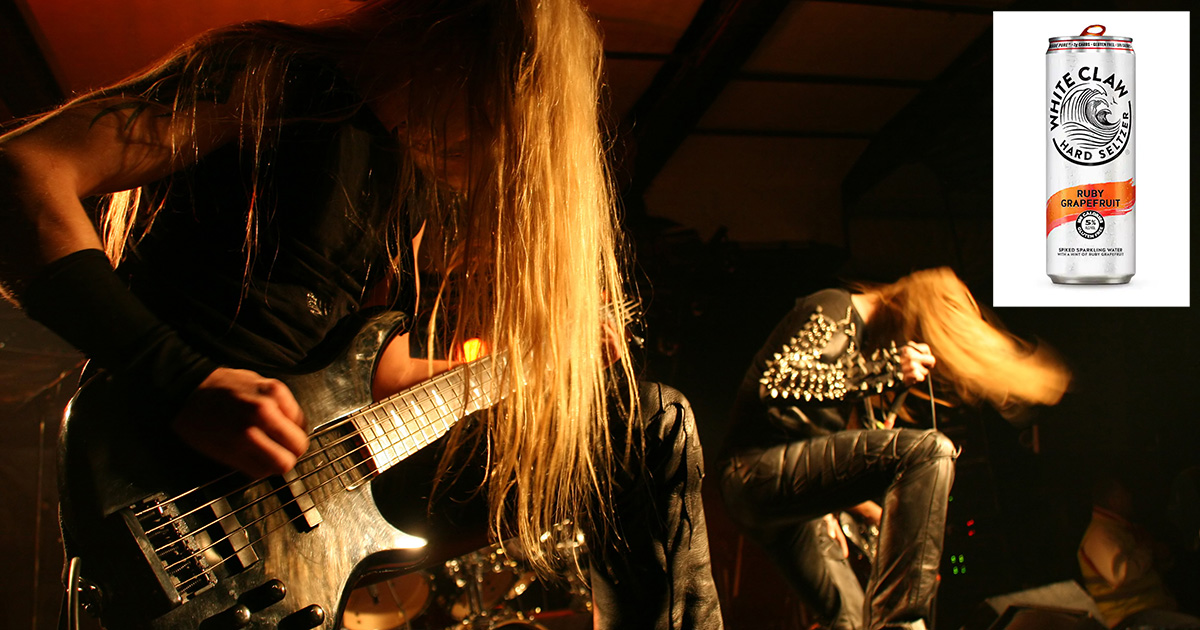 “Branding is king. If we let this band continue to promote their heinous views about the Holocaust under the internationally recognized banner we’ve worked so hard to cultivate, it will be disastrous,” said P.R. rep Cameron Beddington while double-fisting grapefruit White Claws. “They think they’re gonna ride our coattails? As a Harvard MBA/JD that pounds 12 of these bad boys a day, I can definitively tell you, that, in fact, there are laws when you’re ripping off Claws.”

The band White Claw is fighting back, however, claiming they came up with the name years ago.

“We filed a countersuit because these parasites ripped us off,” claimed lead singer Gavin Atwood. “If people start associating White Claw with little college kids trying to get buzzed, it will ruin us. When you hear the name White Claw, you should only think of blistering black metal that promotes purity of the white race. The worst part about this whole ordeal is finding a lawyer who can represent us in court and represent us as people as well.”

Fans of both the drink and band expressed disappointment that the two could not come to an agreement, wanting both to continue production.

“I’ve been a fan of the band for years because I relate to their lyrics about tradition and stopping the upcoming white genocide, and I love that spiked seltzer, because it lets me stay on Keto but also get balls-to-the-wall sloshed,” responded Ashley Harmon, mixing her White Claw with a Bang energy drink in preparation for an Instagram influencer photo shoot. “That loud metal gets all my rage out, and when I don’t have carbs I turn into a monster, so they compliment each other perfectly.”

At press time, investors in a new energy shot company called Burzum were desperately trying to get their money back after googling the name.