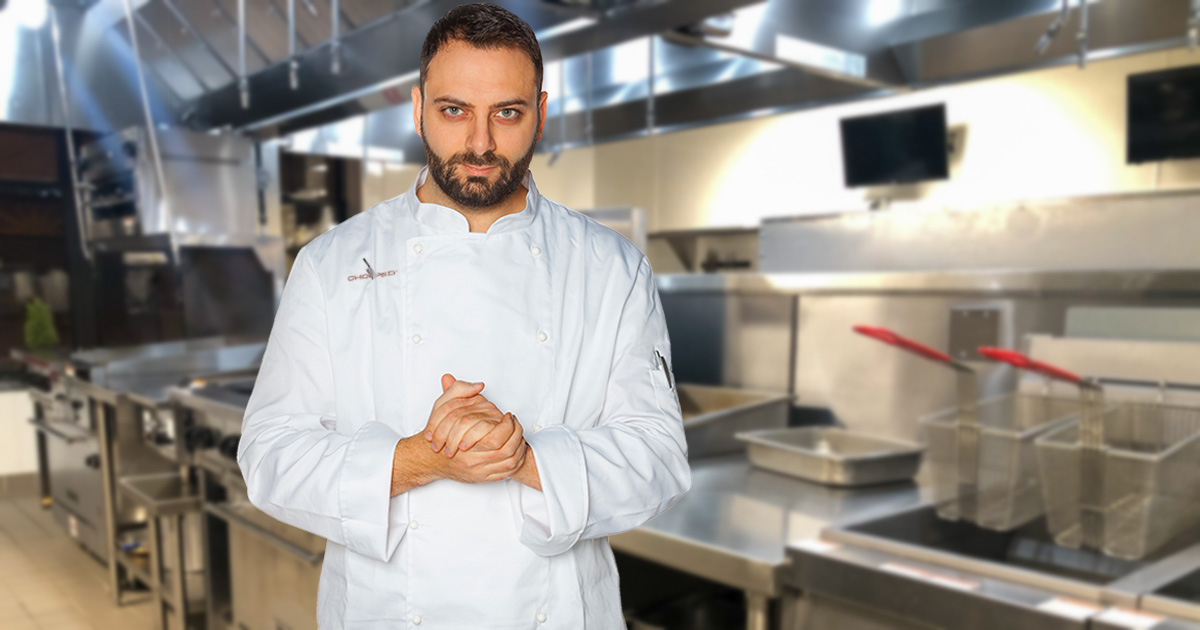 This past week we all watched as executive chef Jeff Tray was eliminated from the hit Food Network show “Chopped” after the dimwit attempted to make the notoriously time-consuming side dish risotto. We interviewed Tray regarding his dismissal, and attempted to figure out how he manages to use an oven on a daily basis without lighting his stupid ass on fire.

First off, fuck you. Second, why the hell would you attempt risotto?
I think I got cocky after getting past the first round. The basket was duck feet, a cornucopia, a live bat, and arugula. That’s two proteins, which sucks. So I just chucked all that shit on a frozen pizza and nuked it. The bat was way overdone, but another contestant cut his finger off and was eliminated for featuring more of the severed digit than the basket ingredients. That’s when I decided to swing for the fences and cook up some risotto.

Fucking mind boggling. You do know that is like trying to turn lead into gold right? I would rather eat the ass out of a bull moose than attempt this on television.
Well, in hindsight, I only had ten minutes left, and I know it always takes way longer than that, and hundreds of people before me had failed at making it, but fuck it, bay life. It was really underdone, so I tried to say it was al dente, but that really pissed off judge Scott Conant, who punched me in the neck and spat on me. We filmed the show months ago, but every week I Scott leaves a box of dog shit on my front steps.

You mention Scott, were you happy with the choice of judges? Or are you too much of a god damn imbecile to even know what “happy” means?
It was cool to see Aaron Sanchez over-pronounce Mexican food names, and Amanda Freezetag [sic] was nice. But Scott was a dick. He’s a swarthy Italian, so I tried to score brownie points with him by doing a bunch of chef kisses and Italian-sounding ‘boopity boppity” talk as I presented the risotto, but apparently that’s ‘offensive’ or whatever.

After getting chopped, did you hurl your feces around the room and cry like the little baby-backed bitch you are?
I threw two fingers into the air, screamed ‘deuces,’ and played air guitar while running out of the kitchen. But in post they changed it to me graciously thanking them for the opportunity.

Jeff is hoping to cook risotto on more reality shows, but is considering concocting some bullshit “deceased grandma taught me to cook” sob story to give him a leg-up on the competition.