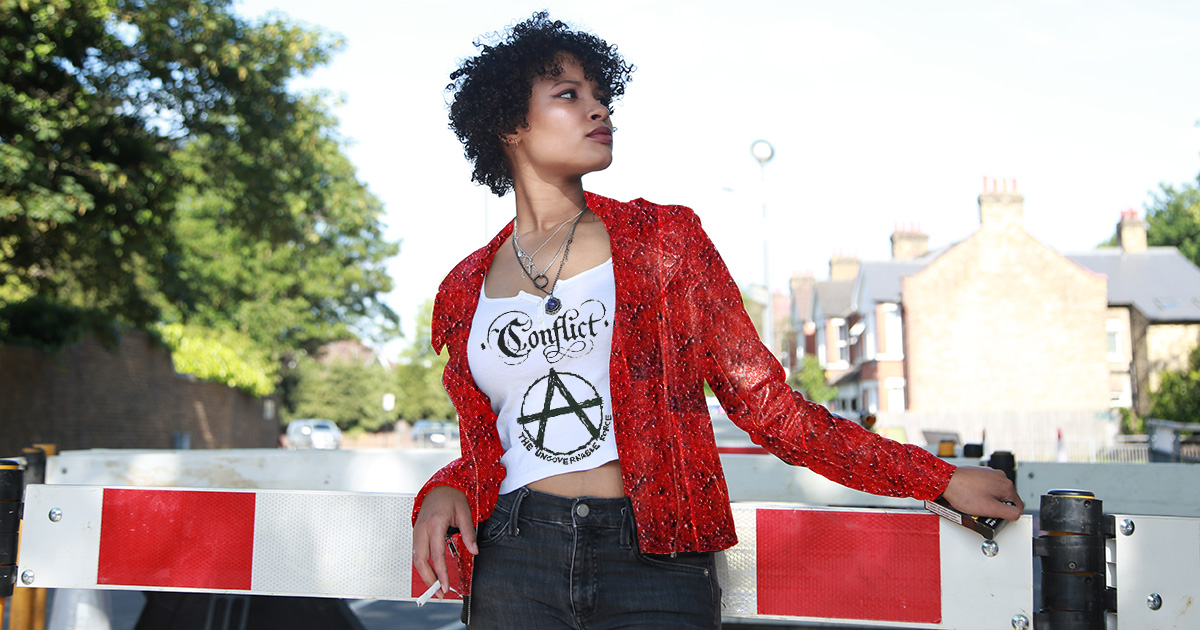 “I felt like I wasn’t doing enough for the cause,” said Birge while reattaching one of her sleeves with locally sourced agave nectar. “People think vegan leather is good enough, but they don’t think about the petroleum used to manufacture it — petroleum made possible by the death of millions of living creatures over time. Just because dinosaurs are dead doesn’t make it O.K. to use their liquid carcasses.”

Despite the jacket being entirely plant based, it has been met with some backlash. Allegedly, since donning the jacket, Birge has been followed by a small pack of raccoons making several attempts to nibble on her sleeves.

Even those who support Birge’s efforts have noted several downsides to her new ensemble.

“It’s a great jacket… until it gets too humid outside and the whole thing starts to droop,” said friend Roy Huerta. “Not to mention how sticky she always is — she’s walking flypaper now. I think at this point, it’s more lint and hair than jacket. I mean, look, she’s got 37 cents stuck to her left shoulder. And earlier, the tablecloth at the kettle corn stand got stuck to her and she ended up pulling all the merchandise into the dirt.”

The jacket was designed and developed by Quintilio Folliero, who sourced the fruit from his family’s wine estate. For the past four years, he has been working on technology to create cruelty-free fabrics and articles of clothing.

“This jacket is my pride and joy,” claimed Folliero. “I tried so many other materials: mud, tree bark, potatoes in every form… dried fruit is the only substance with the durability and color to create a piece like this. Plus, it smells terrific.”

“This is the future,” he added. “And I don’t just mean jackets: I’m working on shoes, curtains, and even bed linens made entirely of fruit leather.”