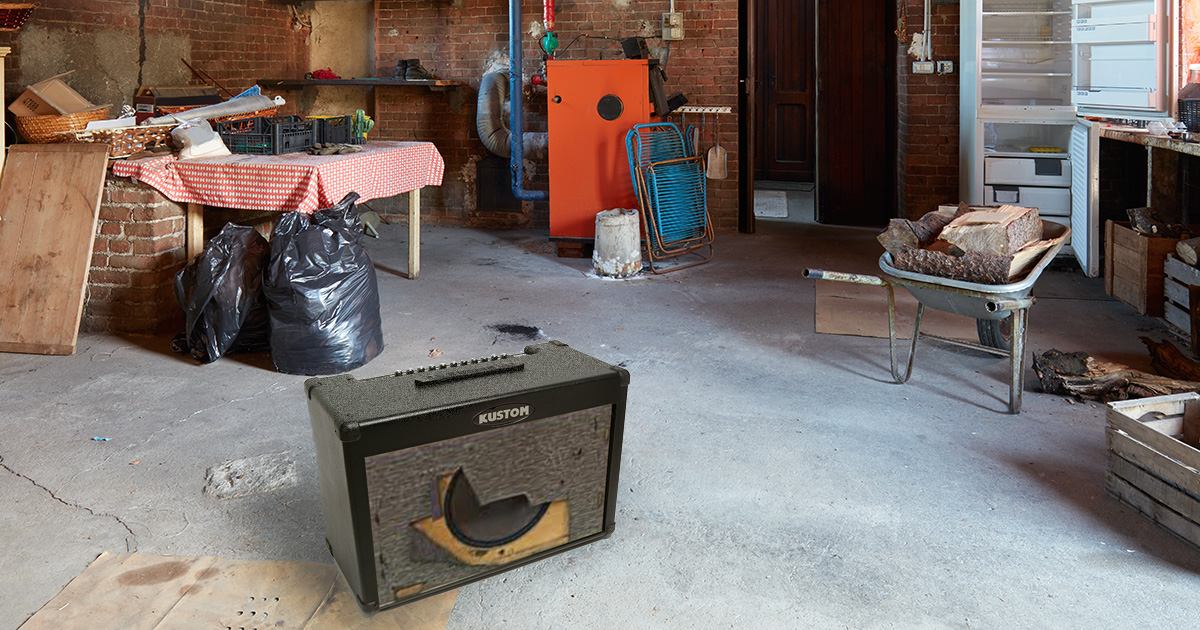 “I should have just listed this thing ‘as is’ from the get-go: technically, I’m still being honest without outright admitting that the thing hasn’t actually worked since the Clinton administration,” explained Bellamy. “I tried being straightforward at first, but absolutely no one was interested. Then I tried describing it as ‘a bit of a fixer upper’ in case any tinkerers might be interested — still nothing. Finally, I just called it ‘as is’ and unloaded it on some kid two towns over.”

“No, I don’t feel bad about selling him what is essentially a vintage paperweight,” Bellamy continued. “All he really needs is a journeyman’s understanding of electrical engineering and he’ll have that thing up and running in, say, four months… six, max.”

Buyer Dustin Calamotsous expressed a combination of disappointment and unfounded optimism regarding his recent purchase.

“I really thought I was getting a good deal on this amp. I mean, it looked a little beat up, but I just thought it had charm — not that it needed to have literally everything in it re-soldered,” said Calamotsous while skimming a copy of “Electronics Repair for Dummies.” “Still, I’m confident that with a little elbow grease and a half-dozen or so classes at technical college, I’ll be able to make this amp sound like new. And if not, then off to the pawnshop it goes. Those guys will buy anything.”

“You know the old axiom: one man’s trash is another man’s treasure. Where one person may see a broken amp, someone else may see a quirky side table or a very ineffective shoe rack,” White explained. “Our policy here at Shining Refuse Pawn is to make customers the best possible offer for their crap… I mean, items. And if we just happen to resell it at a 6000% markup, well, that’s just good business. Junk peddlers gotta make money too, you know.”

Posts show Bellamy had also listed a Fender Stratocaster missing its pickups, bridge, and headstock as “like new” on Facebook Marketplace.