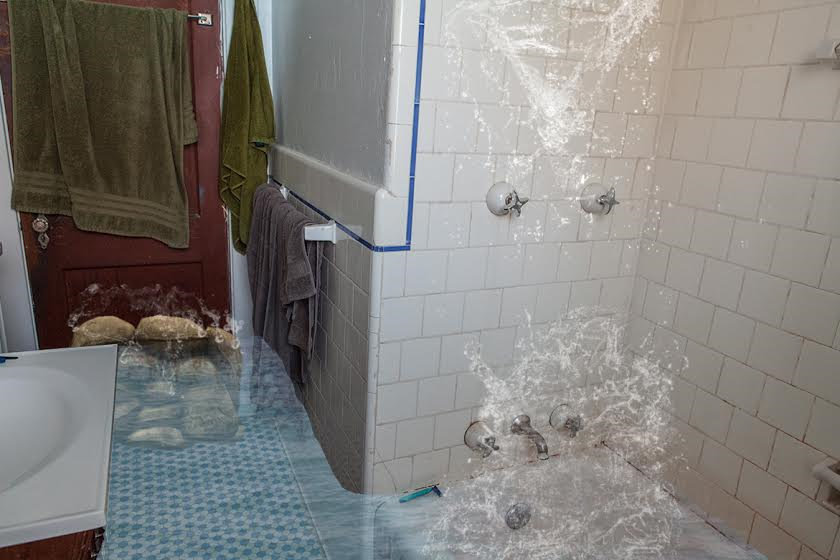 DIXIE, Ga. – After a long, hard battle with their host’s shower, touring band The Hammer and Nail have reportedly broken the shower’s handle and head, causing water to spray out onto the bathroom floor uncontrollably.

“Fuck, did he say we could use his towels?” frontman Andrew McIntyre said while cramming his host’s roomate’s towels under the bathroom door to create a makeshift levee. “Gimme that blanket.”

A think tank dedicated to critically analyzing the best possible practices for sustainable shower use in their host’s apartment, called The Hammer and Nail and This Shower, held an emergency crisis meeting before deciding to send drummer Ron Zigby out to the van to get supplies for an emergency repair mission.

“I’ll go get the toolbox out of the van,” Zigby said, leaving the apartment door wide open on his way out so his host’s cat could escape and never be seen again. “Gimme a sec.”

But moments after Zigby left, the situation took a turn for the worse.

“It’s not gonna hold!” McIntyre shouted, letting go of the bathroom door as flood waters pushed it wide open. “Oh fuck me dead it’s all over his records now — let’s get out of here, man!”

Holding another crisis meeting, The Hammer and Nail and This Shower voted unanimously to get the fuck out of dodge before their host returned home. As waters reached ankle level in the living room, kitchen, and bedroom, McIntye laid out a medium Hammer and Nail T-shirt, demo CD-R, and thank you note.

“Thanks for everything Jake! Your hospitality means the world to us,” the letter, placed on a floating coffee table in the living room, said. “Hope you enjoy the CD and T-shirt. Keep it punk and keep it cool. See ya next time — The Hammer and Nail.”