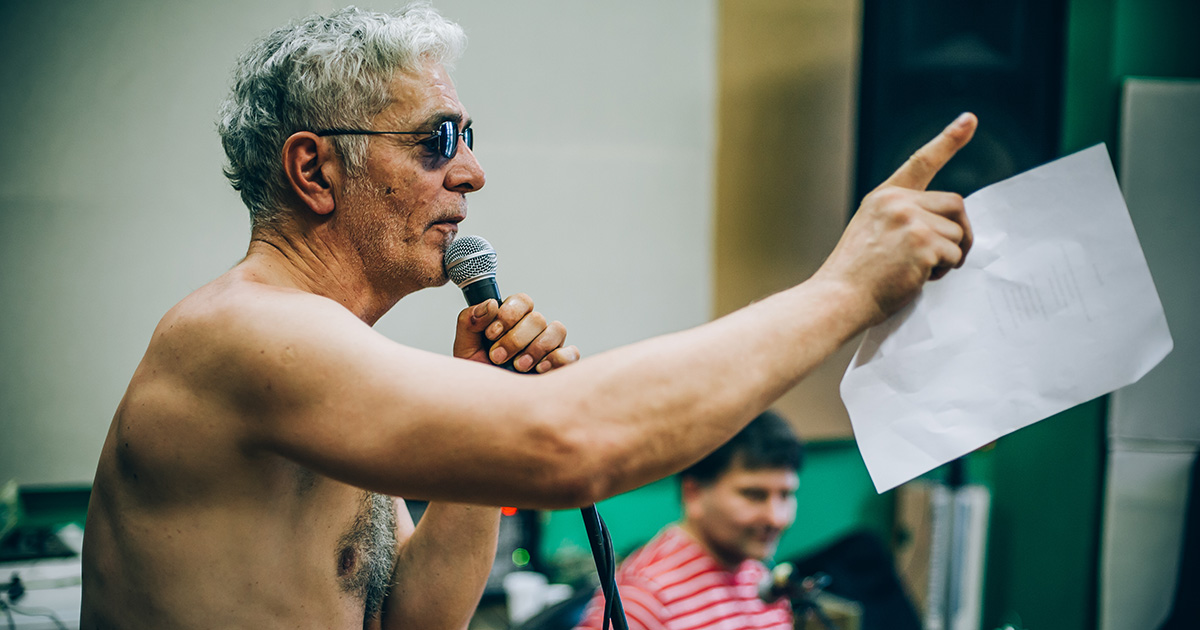 PORTLAND, Ore. — Local musician, show promoter, and all-around glue that holds the scene together Robby Baxter announced the debut of a new band that everyone will feel obligated to pretend to enjoy, confirmed multiple distressed sources.

“Don’t get me wrong, Robby is a great guy. He booked my band on our first show back in 2015 and now we’re about to go on tour with Comeback Kid, but his bands are always complete trash,” said Abby Stone, guitarist of Portland-based metalcore band Blood Within. “When his awful punk band The Dumb Waiters broke up everyone breathed a sigh of relief. So when I heard he had started something new I immediately called a band meeting and asked if everyone was cool moving to Seattle. I can’t stay here if I have to keep up the charade of liking Robby’s music, my soul can no longer handle it.”

Baxter was overjoyed to announce the formation of what he deemed a “supergroup.”

“I’ve been playing music for almost 30 years, and I’ve probably been in at least 60 bands and this is easily the best group of people I’ve ever worked with. We have two founding members of the legendary Brokestaff, and the original drummer of Polycide who is fresh out of prison and ready to fucking rip,” said Baxter. “We’re called Old School Demons, and if you can’t tell by the name, we play old school, no-frills hardcore. Each song is under a minute, except for like a dozen songs that clock in around eight minutes.”

Analysts from across the country note there is always at least one prominent personality in every scene that forms bands people talk shit about in private.

“Reasons for the fake admiration vary. Sometimes it’s because this person can get your band stage time, other times it’s because the person is kind of a badass, and being in their inner circle makes you a badass by association,” said Amber Liston. “Either way, it doesn’t change the fact the band is usually completely incompetent and incapable of writing anything halfway decent. It’s why whenever they ‘tour’ it’s always them trying to hop on bigger shows in whatever city they ended up in.”

At press time, a state of emergency was declared in the Portland scene after multiple reports of Baxter asking people “so what do you think of my band’s demo?”