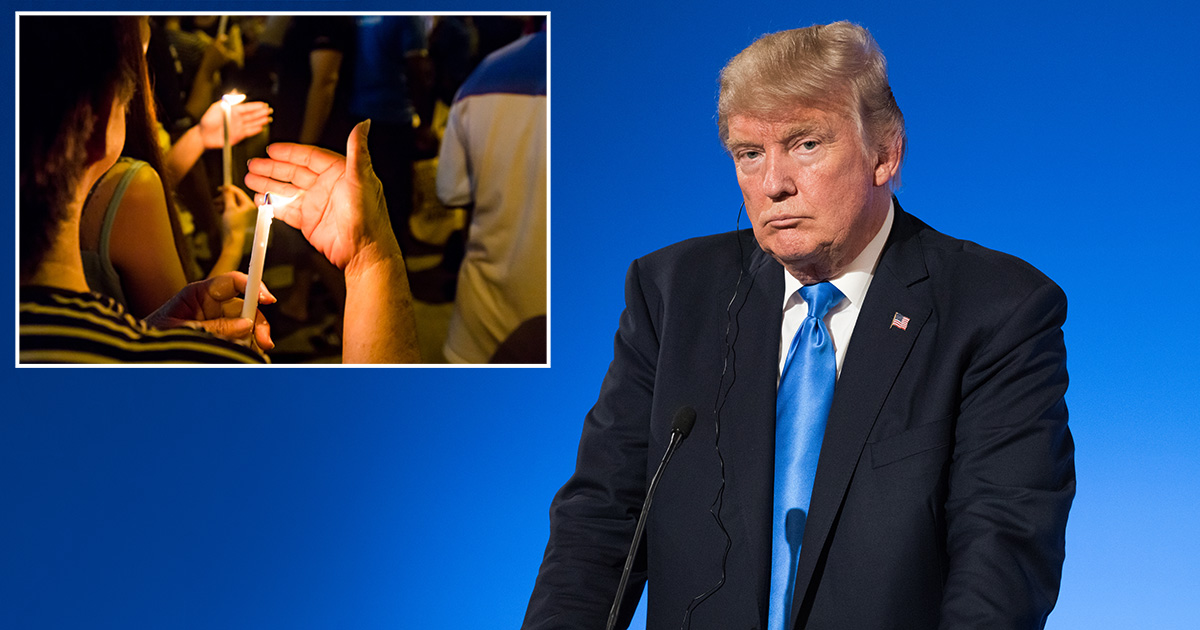 WASHINGTON — President Donald Trump boasted that post-shooting vigil candle sales have been “way up” under his administration, during a press conference held yesterday touting his handling of the economy.

“The candle industry, along with coal and alchemy, is making a comeback under me like you’d never see under Obama,” Trump said. “With each mass shooting, people need a place to whine and cry, and they need candles. Supply and demand. It’s simple business.”

“But, honestly, the people grieving at these gatherings are treating me very unfairly and need to look at the jobs these events create,” he added. “I’m not even convinced these shootings are real. Fake news. No collusion.”

Economists begrudgingly agreed there was some truth to the President’s claims.

“I don’t think he actually understands this, but with the increased frequency and size of shootings in America, the demand for candles has risen quite a bit in recent years,” reported Stella Carlsson, trend analyst at PriceWaterhouseCoopers. “In fact, entire sub-industries are popping up — like engineering firms devoted to creating a brighter and longer-lasting vigil candle to withstand the tears and sobbing breaths of the bereaved.”

Hours after the conference, President Trump took to Twitter to expand on his message.

“The CEO of the Yankee Candle Company should thank me, the NRA, and the brave dead children keeping that loser company afloat,” he tweeted.

Hope Margala, CEO of Yankee Candle, was quick to distance herself from Trump’s comments.

“In no way do we at Yankee Candle condone Trump’s statements, nor do we support mass shootings,” Margala said in a press conference from Yankee Candle’s headquarters in Deerfield, Mass. “But it is true that our company is thriving. We’ve added common sense regulations to our manufacturing processes… despite resistance from some of our more stubborn employees. We’ve had way fewer injuries this fiscal year.”