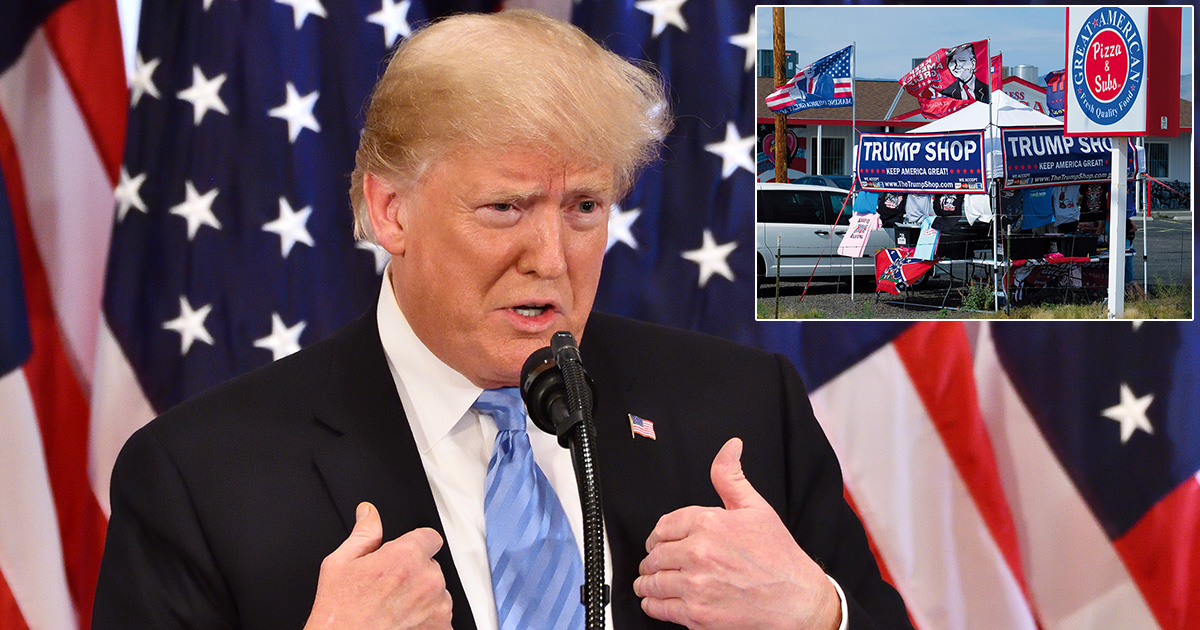 MACON, Ga. — After five years of paying his dues, the Trump campaign’s top merch guy Dash Howard learned today that he’ll finally get to yell a slur into the microphone at the President’s next superspreader event, sources close to the unapologetic bigot confirmed.

“I know all his slurs by heart. I’ll finally put my skills on display for a bunch of like-minded Americans who are sick at the thought of our daughters dating outside their race,” said Howard from behind a table of red MAGA hats and “Blue Lives Matter” stickers. “I’ve been practicing in the mirror for weeks now, trying to come up with exactly the right slur to say. I’m scheduled to go up right after Trump makes a big display about having a war widow in the crowd — that’s the perfect time for me to say something about how refugees are stealing our jobs. It’s going to tear the place down.”

“After my dad went to jail, I was desperate for a new father figure to make me complicit in criminal activity. I’d be lost if it wasn’t for President Trump,” said Kushner while loading a gun and holding it to the head of a newborn kitten. “When you pay your dues with Donny, you’re rewarded handsomely — not only did I get to be on the ‘street team’ he put together to attack the Central Park Five, but after I proved myself, he gave me his favorite daughter!”

“He told me he would’ve kept Ivanka for himself but the optics might not be great. What a guy!” Kushner added. “Always giving.”

Trump knows how much it means to aspiring racists and fascists to be seen and heard, giving back to the younger generation any way he can.

“I remember what it was like, being one of the new jacks on the scene: you’re awkward, you don’t know what ethnic group you should be directing your hate towards. It’s tough. It’s real tough,” said Trump while coughing directly into a nearby aide’s face. “Back in the day, you know, we only had Blacks and the Chinese to rally against, and the Chinese already had a wall. Show me another President who will let their merch guy come up and say a few words — everyone else is scared to let the merch guy talk, especially Sleepy Joe. His merch guy probably runs Antifa.”

Following the event, President Trump was overheard threatening the rally’s promoter to pay him his full appearance fee despite the terrible attendance.