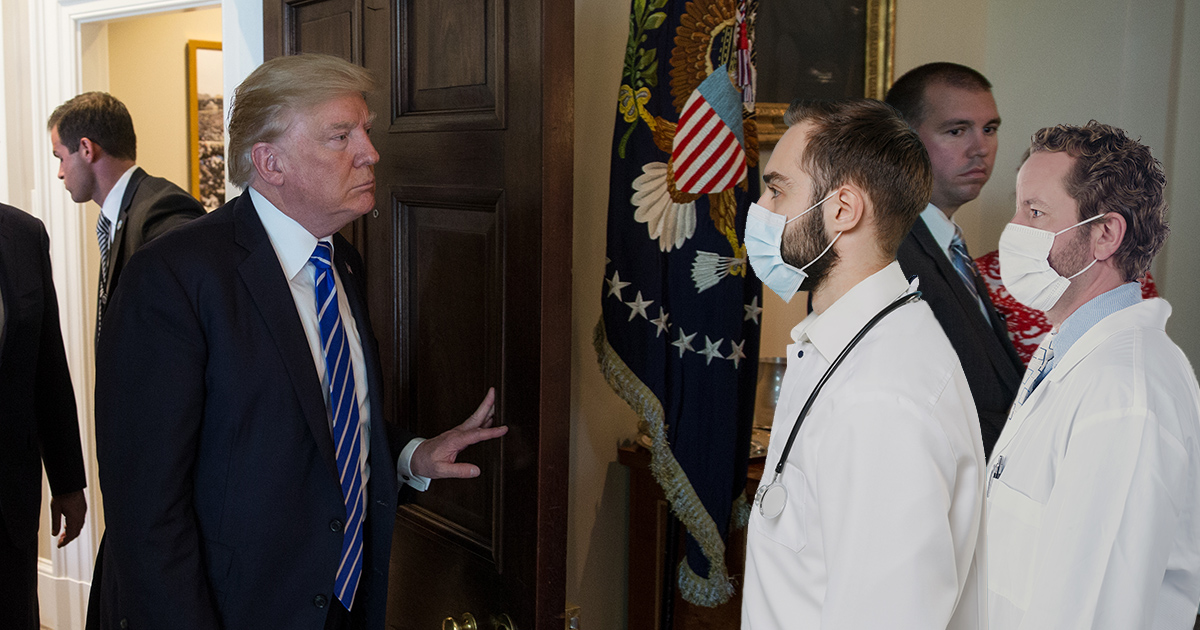 BETHESDA, Md. — President Donald Trump is recovering from COVID-19 symptoms and home from the hospital where he keeps asking doctors when he can have his daughter, Ivanka, sit on his lap again.

“The President has been an exemplary patient while he’s been under our care,” reports White House doctor Sean Conley. “He’s been eating all the ice cream he can and reminding us that we can’t have any because we’re not the President, which is the Donald Trump we all know and are contractually obligated to love. He’s also been asking about how soon it will be until his beloved daughter and the subject of his less depraved sexual fantasies, Ivanka, will be able to sit on his lap again. He really seems to be on the mend.”

Donald Trump’s biological child in question, Ivanka Trump, is well-known for enduring multiple public moments of intimacy with her father.

“It’s embarrassing, for sure, and would probably be demoralizing if I had any sense of morality,” recalled Ivanka Trump. “Those creepy statements on Howard Stern are enough to send a normal child to therapy but fortunately my brothers and I all had the self-consciousness gene inbred out of us on our dad’s side. To be honest, I was kinda excited to hear about his COVID diagnosis because it would give us time apart but then I realized I need the attention from obviously broken men. Luckily I have Jared.”

According to the average scientist it is not advisable for anyone to sit on the lap of a recently diagnosed COVID patient.

“There’s a lot of factors at play here. You have to consider if the patient is still shedding the virus and even if they’re not they might still have reduced lung capacity that would make it inadvisable to put any weight on your body,” said Dr. Anthony Fauci. “There’s also the questionable act of an almost forty year-old person sitting on the lap of someone nearly twice their age, and who is related to them and has made it publicly known that they want to fuck them. From a scientific and biomedical perspective, it’s dangerous, and from a psychological standpoint, it’s just fucking weird.”

At press time, no one still wants Eric Trump on their lap.