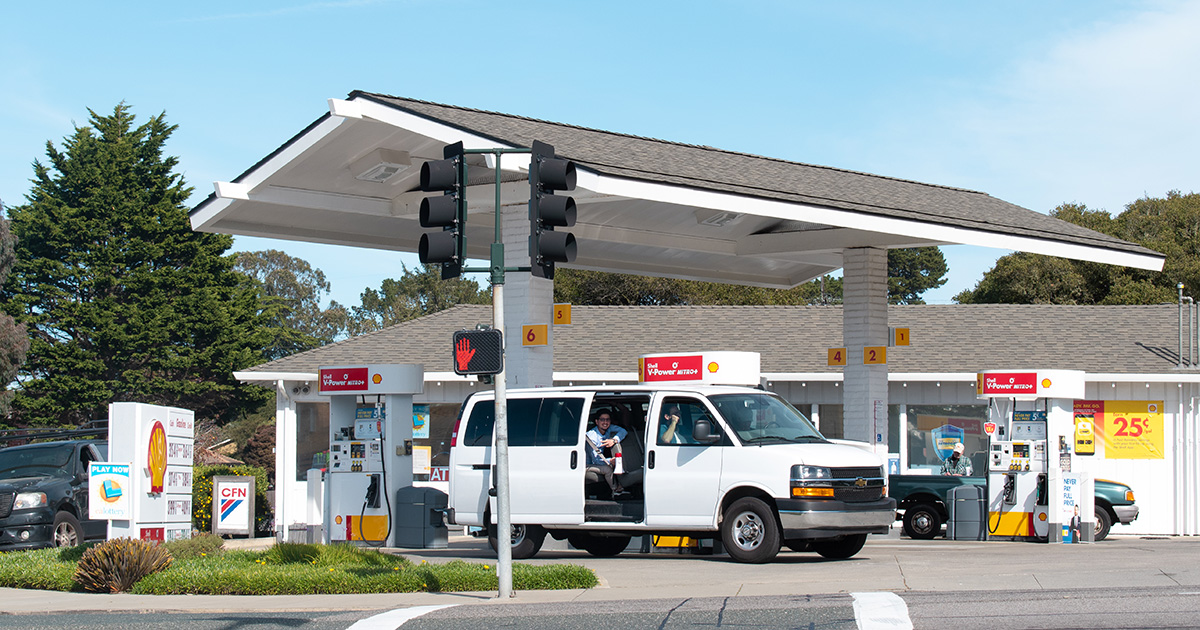 MEMPHIS, Tenn. — Touring band Dwight Zombie made a last-minute stop in Memphis early yesterday afternoon for the sole purpose of relieving their bowels before immediately leaving for Texas, according to sources desperately trying to book them a show while they were in town.

“We just played Nashville the night before and were planning to drive straight through, but the city was calling us and we knew we had to stop and show some love,” said guitarist Becky Hale. “The latte I had earlier must have used some bad milk or something and those porta-potties on the side of the highway apparently aren’t public bathrooms. We ended up getting some good pics of our drummer Ryan (Carthage) pretending to piss on that Bass Pro Shop pyramid, though, so it was worth the 25-minute delay.”

Rural punks and small-town scene kids within two hours of the city were disappointed to learn the band had promptly departed.

“I saw on their IG live that they were headed to Memphis, and was so psyched to see someone was actually playing a show nearby,” said Greenville, Mississippi resident Dee Hamilton. “By the time I got outta work an hour later they were already halfway to Little Rock. Next time I’ll just drive the two hours to Memphis and fly to Nashville or take a few days off work and drive down to New Orleans. If spending $400 and three sick days is what I need to do to see a band that kind of sucks, then so be it I guess.”

Overlooked cities experts confirmed that the choices made by the band are not uncommon.

“There’s no shame in living in a lesser-traveled city or area, and it comes with a ton of benefits, but in the area of live music proximity, we always get fucked,” explained Wichita resident, Dylan McKee. “We in the community know this move as ‘The Portland Dilemma,’ which has been known to heavily affect cities like Birmingham, Alabama, anything in Texas below Austin, and the entire part of the country where people can’t tell if they’re looking at Wyoming or Ohio on a map.”

UPDATE: The band made a last-minute decision to just endure bladder infections rather than stop anywhere in New Mexico on their way from El Paso to Phoenix.