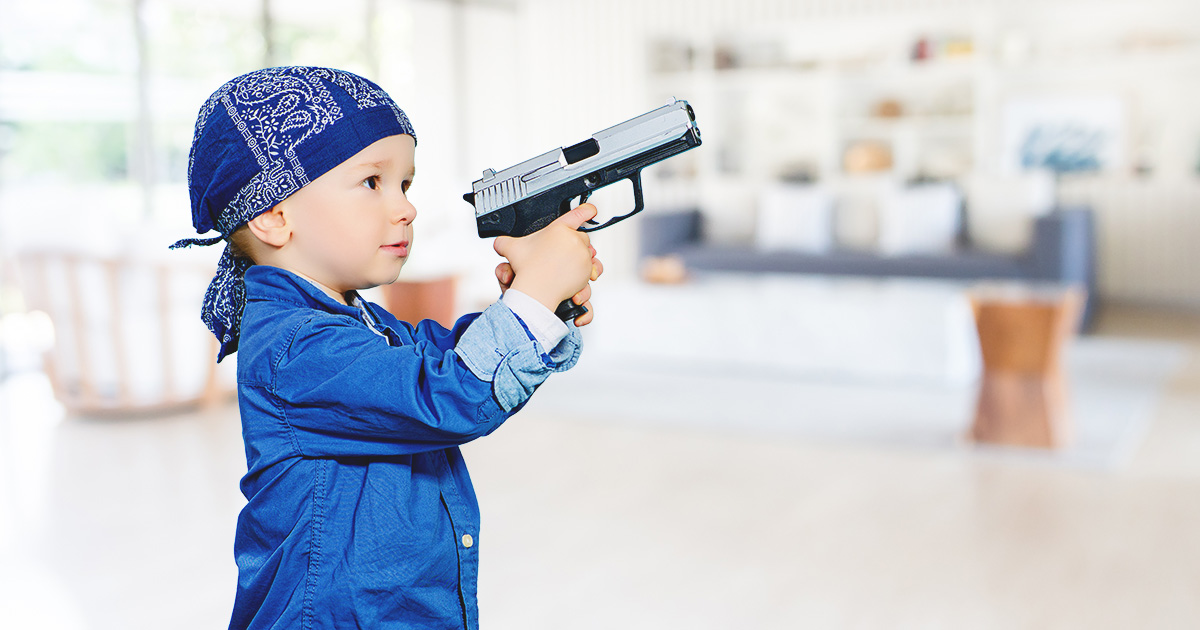 CHATTANOOGA — Local three-year-old Joseph Rhoades is finally getting some goddamn respect in his household after finding his father’s semi-automatic handgun behind a bookshelf in the upstairs bedroom.

“No more nap time! I want ‘Paw Patrol’ now!” the toddler screamed, tapping the barrel of the loaded Glock 38 on the side of his highchair. “Mommy and Daddy were always bossing me around before, but I just point the big gun and go ‘bang’ and everybody does what I say. Maybe those times they laughed at me when I got spaghetti sauce all over my face aren’t so fucking funny now, huh?”

Mother Chrissie Rhoades was left to manage the new schedule of eating chocolate and destroying the pantry that her son has insisted upon, while father Mark Rhoades promises to “handle it” when he gets home.

“When Joey first found the gun, I was obviously worried about the safety aspect of things, but he knows that what he’s holding is not a toy—because his toy guns are much lighter and more brightly colored,” she said while hurriedly making her son his favorite snack. “He’s really come out of his shell since he started carrying it around. Although, it does make me nervous to see him sleep with it tucked into the waistband of his Huggies. Please don’t tell him I said that.”

Some sources close to the situation, like 15-year-old babysitter Eliott Meyer, recounted their concern about the new development.

“I mean, I kinda knew what this family was all about when I saw their Gadsden flag bumper sticker—but there’s an actual crisis situation going on in there,” said Meyer, pointing to the family’s suburban home from behind the truck in the driveway he was using for cover. “I gotta say, though, Joey does look pretty badass when he holds the gun sideways like that. I guess I’m sorry for calling him a whiny baby last weekend, and I definitely will not make the mistake of bringing him regular milk when he asks for strawberry ever again.”

At press time, sources stated that the child had packed the gun into his ‘Toy Story’ backpack in anticipation of preschool the following day while ‘Hotel Transylvania: Transformania’ ran on a loop in the family’s den for the seventh consecutive hour. When pressed for comment, the toddler answered that “The time for talking was way past over.”