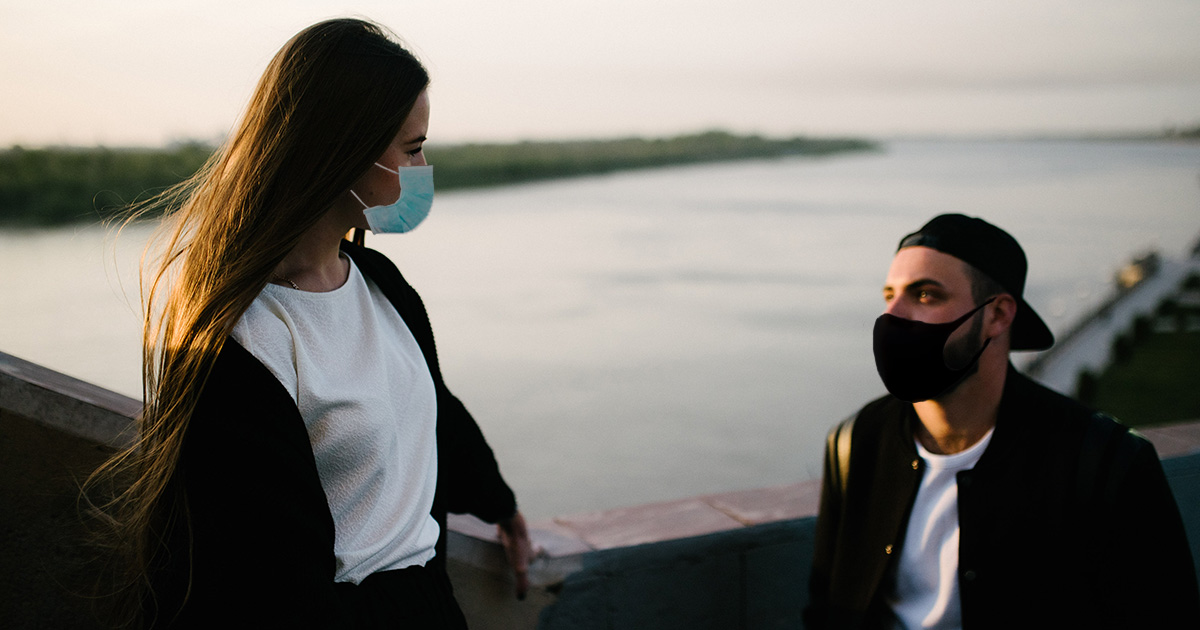 DORAVILLE, Ga. — Local Tinder user Brad Irwin claimed in his dating app bio to keep a minimum six feet between himself and others to prevent the spread of Coronavirus, though outside observers allege he rounded up from only 5’6”.

“It’s definitely the full 6 feet earlier in the day, but you know, sometimes throughout the day it fluctuates,” Irwin admitted, while taking a selfie and leaning awkwardly backwards to create an optical illusion of more social distancing. “It’s close enough, so it’s just easier than saying, ‘5 feet and 11.5,’ or whatever it would be. I don’t know, it’s not like I measure or anything. I’m average, whatever that is. Why do girls care so much anyway?”

Matches on the app initially attracted to Irwin’s conscientiousness about COVID-19 quickly noticed the overstatement.

“He had it as the first line in his bio, but then when we met in real life, it was super obvious he rounded way up. Like, come on man, you’re not even close,” commented Pam Marcus, describing a ‘date’ the two went on where they walked through a park together from a safe distance apart. “I could’ve bought like, 5’7” or even 5’8”, but 6 feet? It’s not even a big deal, I don’t know why he was so weird about it. It’s just a couple inches; just be honest. Though, on the other hand, if I knew he was a sub-6-footer, I obviously would’ve swiped left immediately. Duh.”

Dating expert Jerry Chan offered some general advice to those who find themselves in Irwin’s situation.

“A lot of men are self-conscious about all types of things, especially factors associated with masculinity… but this is usually my first target when working on their dating,” Chan offered. “Not so much fixing the issues; more just hiding them. For instance, bad hair? Take Propecia. Patchy facial hair? Shave. Less than six feet of social distancing? Talk a little quieter than normal, or wear an extra layer of clothes under your outfit. There are tons of tricks for this stuff.”

At press time, Irwin was experiencing a role reversal upon discovering his latest match also lied about her social distancing, claiming 5’4” when it was actually well over 6 feet.