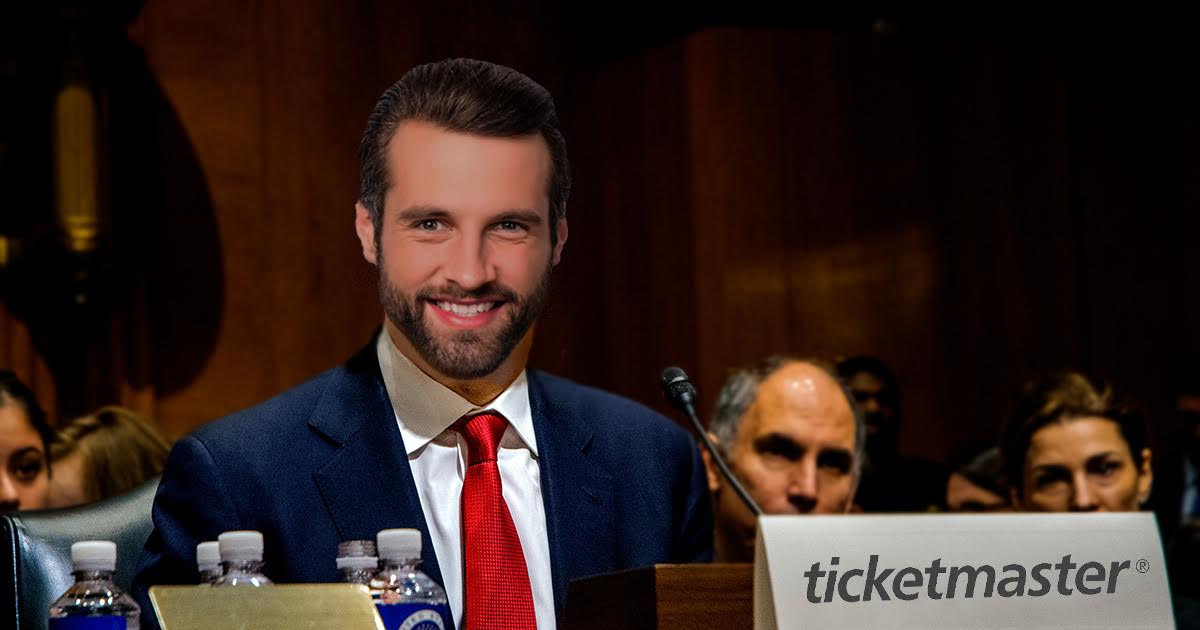 WASHINGTON — Billion-dollar event company Ticketmaster lobbied before Congress yesterday to add a “barely noticeable” $790-million service fee to the “Save Our Stages” bill meant to help struggling independent venues, sources imploring representatives to “score one for the little guy” confirm.

“We are part of this country’s cultural fabric,” said Ticketmaster lobbyist Mark Leeman. “There are millions of Americans out there who will never forget the first concert they couldn’t attend because our contractual price minimums and online ticketing fees made it impossible for them to afford it. This minor adjustment won’t just aid our international mom-and-pop operation, but would also secure the vital ticket middleman industry — a national treasure — for years to come.”

Speaker of the House Nancy Pelosi reacted swiftly to the proposed change.

“Obviously my contemporaries across the aisle don’t even listen to music, let alone care about our nation’s beloved ticket conglomerates,” she said in an interview following the session. “I, on the other hand, fondly recall smoking a ‘doobie’ with friends of color at a concert of some very cool bands whose names escape me at the moment, so I will fight tooth and nail to see that the family-owned Ticketmaster and the many venues they support, probably, get every last dollar they deserve.”

Venue owner and guitarist Tiana Rochester appreciates the attention the proposed bill has gotten, but fears political gridlock and mismanagement may derail it.

“We need real, substantial financial support, not a corporate bailout,” she said, scanning another email from her local senator saying that her struggling bar and stage “look really neat.” “I can’t pay bartenders and sound techs with essays from Republicans on the virtues of John Fogerty, or promises from Democrats to ‘jam out’ to my band’s record on MySpace. I’m trying to save my livelihood, and our public servants have been roped into discussing whether to pay for ‘bill insurance,’ so I’m pretty sure we’re doomed.”

A group of the nation’s promoters were reportedly slated to address Congress as well, but have stalled until they can find a local lobbyist to pay them to talk for 30 minutes first.