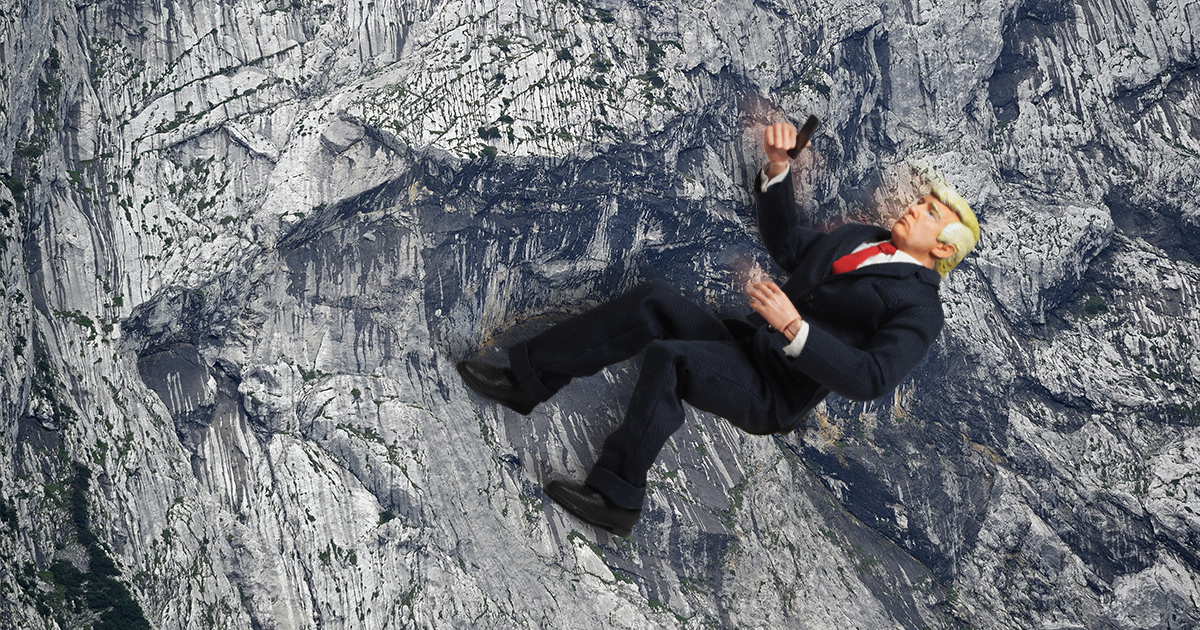 WASHINGTON — President Trump threw a life-like dummy of himself moments ago off a bridge onto sharp rocks below to seemingly avoid being impeached for the second time in his one-term presidency, witnesses confirmed.

“They want a witch hunt, do they? Well, watch me fly. The dead tell no secrets,” said the unhinged Commander-in-Chief as he hurled the 145-pound replica into the air. “Everyone will miss me when I’m gone, they will. This was a perfect throw off the bridge, and the plan is airtight — and believe me folks, I know airtight. They will probably rename this bridge ‘Trump Bridge’ and people from all over the world will come here and cry so hard the whole city will flood.”

Onlookers saw the President laughing maniacally as he dragged the mannequin to the ledge before sending it airborne.

“When he popped the trunk of his car and put the dummy on the ground, he started doing this weird dance and kept mumbling about his ‘100 percent approval rating,’” said witness Carrie Long. “After he tossed it, he started spinning around with his arms outstretched, just staring at the sky. There was a brief moment where he stopped and we locked eyes… and it was the most terrifying moment of my life. There was no soul behind those pale, puffy eyelids.”

As of press time, Eric Trump and Donald Trump Jr. were seen wailing hysterically as they descended the sheer cliff in hopes of recovering what they believed to be their father’s corpse.