“The Suicide Squad” Was a Lot of Fun. Here’s Seven Things I Hated About It 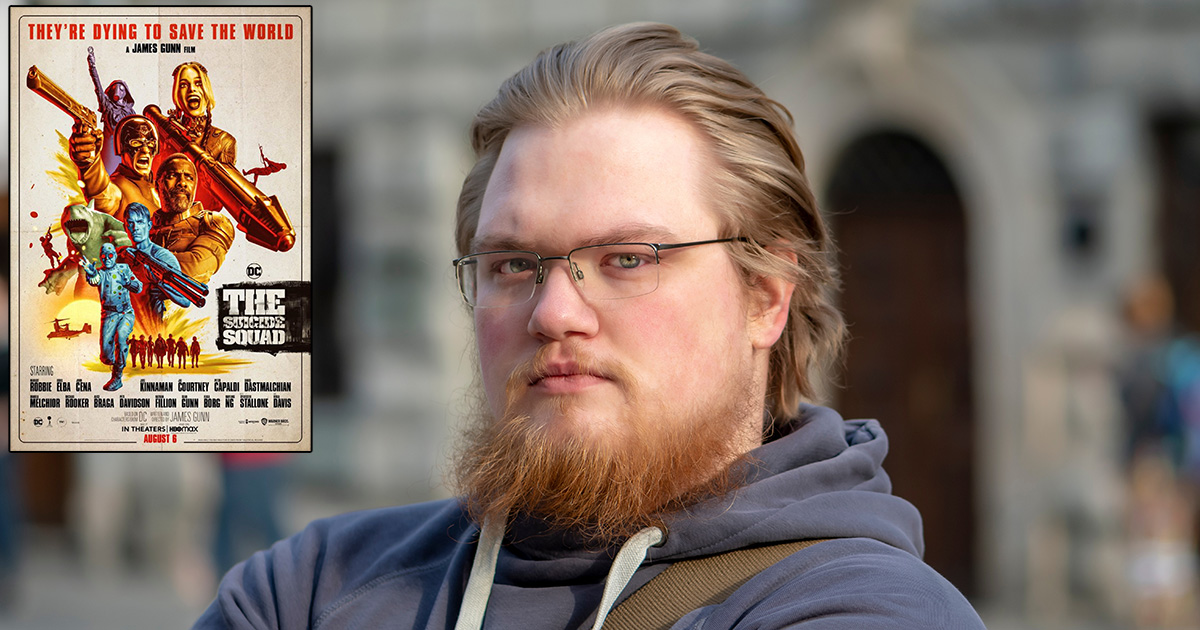 Last weekend, I paid a visit to my local cinema complex to see James Gunn’s comic book-inspired adventure romp, “The Suicide Squad.” And I must say, I had the most fun I’ve had in a long time at a movie! It conjured giddy childlike excitement, the likes of which I haven’t experienced since McDonald’s brought the McRib back.

Unfortunately, my hardened shell of cynicism does not allow for such emotions as joy and sincerity. So if you’re like me and are suspicious of glee, then buckle up and join me in highlighting all of the hateable parts of this enjoyable film!

The previews were way too long. Hey James Gunn, I didn’t pay my hard-earned money to watch five hours of movie trailers. Get your shit together and make with the storytelling!

Last I checked, sharks can’t talk. I can’t believe I have to point this out, but here we are. Suspension of disbelief, you say? How about suspension of the laws of nature. I went scuba diving once. I saw a shark. I didn’t sit down and have a conversation with it.

Savant saves Weasel from drowning in the ocean, but doesn’t even attempt CPR. Way to go the extra mile, Savant. Jesus. Remind me not to call you next time a rodent is in the lurch.

John Cena’s arms distract me from the dialogue. Cena’s muscle hunk physique made me feel terrible about my own body. James Gunn should have had the decency to CGI those tree trunk arms out of the final cut.

The popcorn guy at the theater was kind of mean to me. Not mean, per se. He didn’t actually say anything outwardly rude or make a face or anything. But I definitely got a vibe from him. Thanks a lot, James Gunn!

Does Ratcatcher 2 catch rats, or just conjure them out of thin air? The reason I ask is because no city has that many rats. If they did, I think they’d have more of a rat problem than a giant starfish problem. Yuck!

All in all, I had a blast at this movie, and that’s the main reason why I will not be seeing it again. Unless of course it is to point out more giant plot holes for my YouTube channel, in which case I would look forward to that immensely.