The Next Spongebob? This Gay Man Makes Minimum Wage 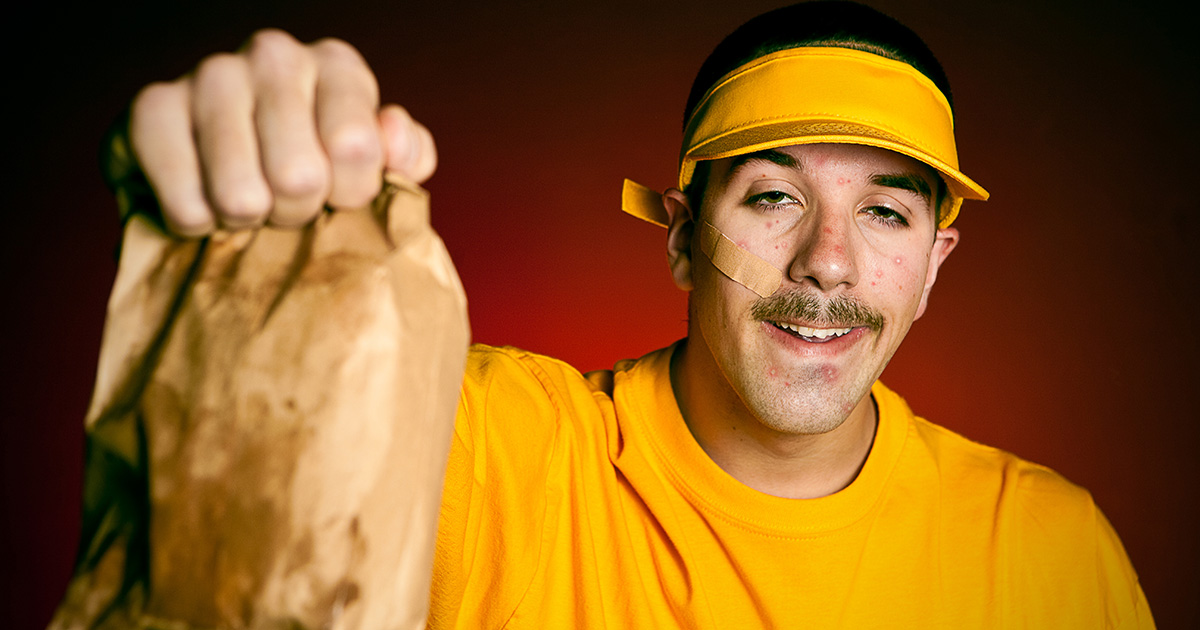 Spongebob Squarepants.The bubble-blowing, fun-loving, flamboyant sea sponge has been entertaining young children and stoned adults for over 20 years. But while Spongebob is fictional, a fast food restaurateur in Lansing, Michigan believes he has found the real-life Spongebob: A slightly irritating gay man named Aiden Stouder.

“As soon as I heard the new fry cook laughing at one of his own jokes during onboarding, I knew that Aidan was going to do big things for me burger joint, and me money,” explained restaurant owner Tyler Olson. “Having him behind the grill means we can finally compete with McDonald’s in terms of courting the youths. I mean, how could they top Spongebob personified? Get the whole dang ‘Paw Patrol’ to hang out in the ball pit? Where would you even find that many pooches?”

While Stouder is happy to have any job after getting laid off from his data entry position, he did admit the constant comparisons to the yellow, porous sea sponge grate on his nerves.

“If you ask me, the only ways I’m like Spongebob are that I work long hours for effectively no pay under a money-grubbing stooge. The cheap bastard is totally Mr. Krabs. There’s also a cashier that’s kind of a dick, but I wouldn’t quite say he’s Squidward.”

Among the many humiliations that Stouder must endure to keep his job, the fry cook is forced to sign autographs, wear a latex glove on his head, repeatedly rip his pants, and listen to the same Tiny Tim song for the entirety of his shifts.

“Between us, I’m just glad to be able to pay my rent, but god damn is it humiliating. When I told my friend Sandra about everything I have to do to keep the bossman happy, she said it makes her ‘madder than a wet hen without a hairdryer.’”

Despite his misgivings, Stouder said he is more than happy to take selfies with fans. However, the gay fry cook has repeatedly asked that no one tell his new boss that he is currently dating a man named “Patrick Starkonowitz.”