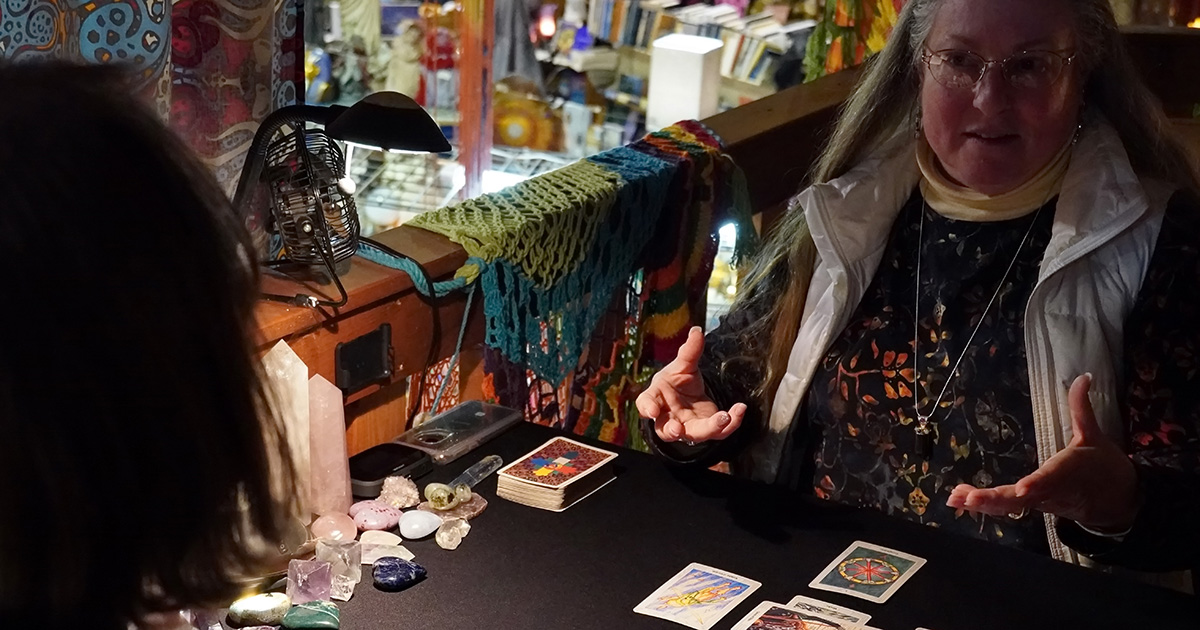 SANTA CRUZ, Calif. –– Tarot reader Hannah Edwards was unsure how to tell fellow party-goer Randy Bartolo that he would reach his untimely death because of a freak accident in which he would be stabbed by a bunch of swords, concerned onlookers reported Friday.

“I’ve offered readings to strangers at parties for quite some time now, but I’ve never come across one this bad before,” said Edwards. “The first spread looked O.K., nothing too out of the ordinary –– the Moon, the Magician, the Three Of Cups –– but then the Ten of Swords came up and I had no idea what the fuck to do. Sure, I could just make the choice to not tell him about the whole stabbing thing and just say that card represents eternal wealth or something, but I feel a responsibility to give honest readings to clients. The cards weren’t clear on how the stabbings would happen, but I tried to warn him to stay away from cosplayers, medieval museums, or any guy that has a ponytail and visits Japan at least once a year.”

“Everyone was laughing and having a good time up until then,” said guest Elizabeth Shaw. “I’ve always been pretty skeptical about this kind of stuff, but as soon I saw her face when she turned that card over, I knew it was all over for Randy. It’s never good when someone spits out their drink in the middle of a tarot reading… and it’s especially bad when they pack up right after they’re done with you and then go cry in their car.”

Despite the ominous message, witnesses claim Bartolo remained calm throughout the reading and appeared fairly unaware of the severity of the cruel fate he’d been dealt.

“I don’t know if I necessarily believe in all this stuff,” he said. “I saw this weird woman at the party shuffling those cards and I thought it might be fun to ask a question. If anything, I’m just relieved to finally get confirmation that my girlfriend isn’t cheating on me.”

At press time, Bartolo excitedly announced he’d won a raffle and would receive free sword swallowing lessons at the adult education annex over the summer.