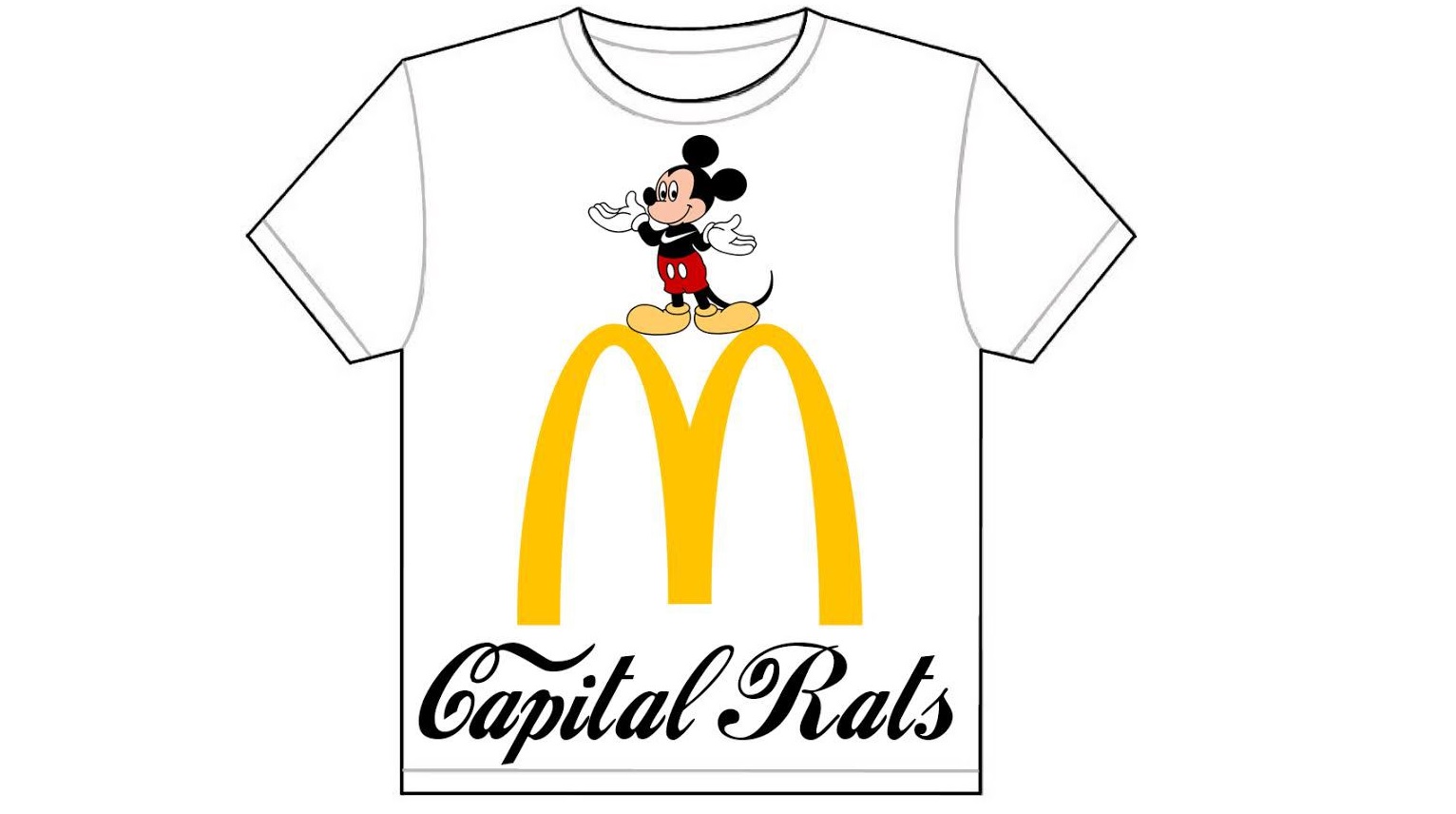 ATLANTA — After hours of careful deliberation, unmotivated merch designer/bassist Alex Castello has announced he isn’t going to worry about using copyrighted material on future merch for his band, Capital Rats, no matter what.

“At first I was afraid McDonald’s or Disney would come after me for doing this, but I don’t think those corporate bloodsuckers will ever find out,” said Castello when speaking about the various logos he knocked off for his band’s shirt designs.

Castello, who’s recorded at least three songs that sound exactly like DYS’s “Wolfpack,” has the best intentions in mind when making parodies of highly visible corporate design work. “I hope that using familiar imagery will help people feel more comfortable asking what my shirt means. If I get a stranger interested in my band’s shirt, it’ll definitely turn more people onto hardcore. I know it will,” said Costello after a brief Google search of the phrase “best logos ever.”

That blind optimism is a running thread in Capital Rats’ brief musical career. The group handed out free demos to tweens at this year’s Vans Warped which featured cover art directly infringing on the MasterCard logo. Like most hand outs at festivals, the demos were immediately placed into the nearest trash can.

Related: Local Fuck-Up Confident He Can Finish Shirts Before Tour, “No Problem”

A spokesperson for the Coca-Cola Company released the following statement regarding Castello’s work: “The copyright infringement you have committed is increasingly damaging to the Coca-Cola brand and its shareholders due to your band’s lack of talent and generic song structures. We demand you cease and desist as soon as possible or you will risk never being booked in this town again.”

When asked about possible future designs, Castello did not rule out the possibility of branching into the world of original artwork, “If I ever do, it’s gotta be good, like the baby on the Have Heart ‘I don’t want to be in a band’ shirts. Whoever came up with that must be a genius.”