Sweaty Guy at Show Uses You as Personal Towel 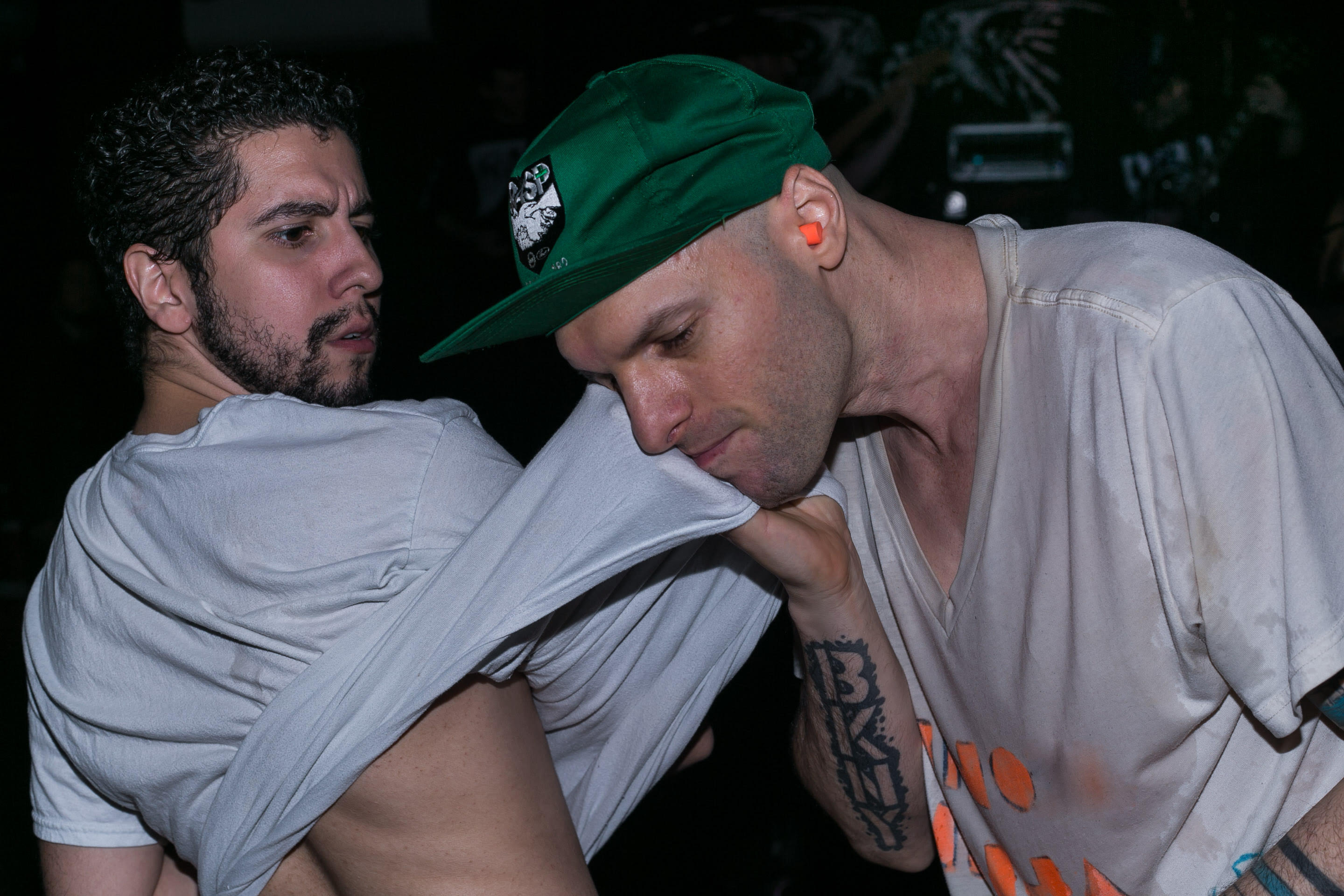 ALBANY, N.Y. – Showgoers at a local Accuracy of Fire show are reporting that a sweaty man — in fact, the sweatiest man in the room — is looking to press himself against any dry fabric he can find, and has turned to the T-shirts of strangers to dry off his heavily perspiring body.

Witnesses report the man is easily identified by his thousand-yard stare and beads of glistening sweat on his bare chest.

“I was right up front between songs and then I felt a tugging on my shirt — I didn’t think anything of it,” said Nora Brooks, one of the man’s earliest victims. “But then the tugging stopped, and suddenly, my back was soaked. It felt like I had been driving in 100 degree weather without the air conditioning on. I turned around to see who did it and he was already on to the next victim.”

One fan, who asked to remain anonymous for fear of sweatribution, explained how this “hurricane of a man moves up the coast of front row fans. You can’t do anything to stop it,” he said. “It feels like you jumped into a sticky, thick, pungent ocean. Merch sales of dry shirts certainly spike when he’s around, so at least it’s good for the bands, I guess.”

While nobody is actually willing to reach the excessively sweaty man for comment, sources close to him confirm he recently switched to an all-natural, aluminum-free deodorant free of any antiperspirant.

Experts suggest the real trauma isn’t the unwanted physical contact, but rather “…the transfer of moisture, smell, and angst,” said Erin Whiltmore, professor of HVAC at Worcester Polytechnic Institute. “It is noticeably warm at first, and then it immediately has a jarring, unwanted cooling effect. If you could be stabbed by perspiration, it sort of feels like that.”

Those in attendance have shown mixed emotions — some with sympathy, and others with anger towards the man. “I wish I knew how to stop it. Nobody deserves to feel what I have felt,” said Lester Davis, ringing out his shirt in the venue’s bathroom sink in between dry heaves.

UPDATE: With the show winding down, showgoers indicate there is only one dry person left, and the sweaty man is heading in your direction. Run.