Stretch of Highway Adopted by Hardcore Crew in Absolute Disarray 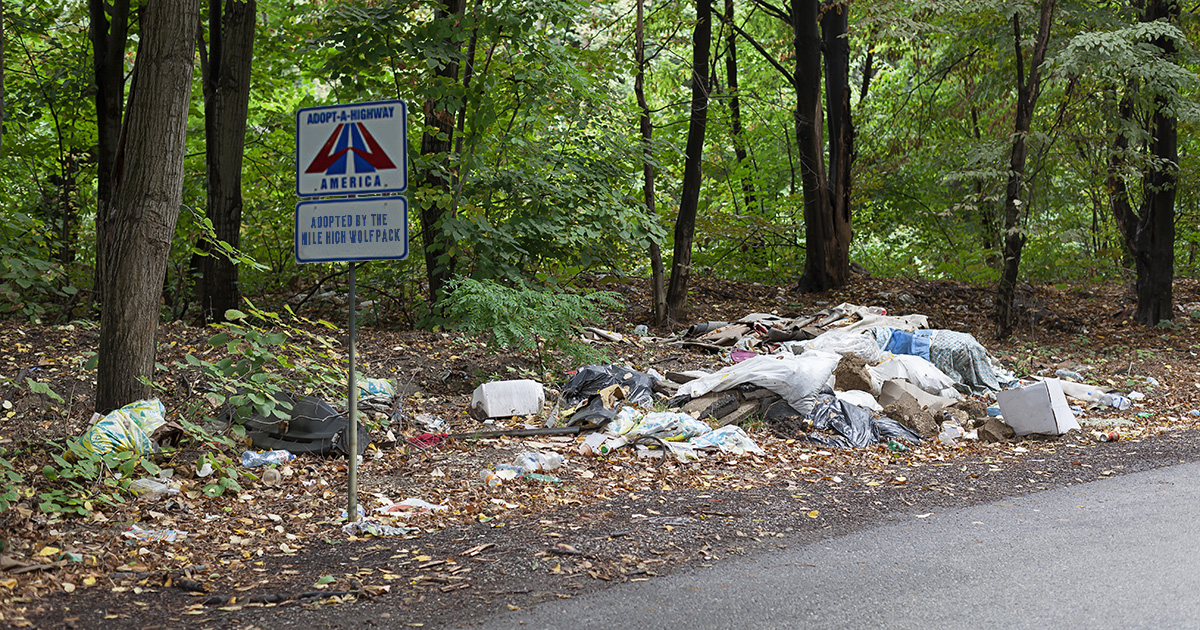 DENVER — Members of local hardcore crew Mile High Wolfpack adopted a stretch of highway last month, which has since fallen into complete and utter disarray only six weeks after taking on the responsibility.

“We figured it was time to, y’know… give back, or whatever,” said crew member “Vile” Vince Patrick during their inaugural visit to the highway. “Straight up, get organized. Plus, it started to look like the whole ordeal with the Rocky Mountain oysters at the vegan potluck wasn’t gonna blow over — which was total bullshit, by the way. People around here need to learn to take a fuckin’ joke.”

Despite the best of intentions, the “meanest and most-down motherfuckers in straight edge Denver beatdown” let their designated section of Interstate 25 fill up with fast food bags, scraps of truck tire, and “the bloody, chewed-up end of an elk’s ass, nuts and all.”

“They definitely started out with their hearts in the right place,” said Patrick’s girlfriend Yoani Gutierrez. “They even added it to the chore wheel at Wolf House — right in between ‘do dishes’ and ‘walk Peanut,’ they put a section that said ‘clean highway.’ For a second I thought it might work… before I realized the dishes hadn’t been done in months, and Peanut was Vince’s old dog who died back in 2014.”

Local residents and highway commuters have mixed feelings about the crew’s road adoption.

“I spend four fucking hours stuck in traffic on that shit-stained piece of piss-soaked highway every goddamn day,” said kindergarten teacher Irving Wallace. “When I saw the sign saying it’d been adopted by a ‘wolfpack,’ I figured some hippies stepped up… or maybe those furries I’d heard about on NPR.”

“But it’s 10 times worse than it was before,” he added. “I tried asking one of them about it and he spit on my windshield and told me to ‘ditch [my] cancer stick, asshole.’”

Despite the mixed results, other local hardcore outfits are reportedly considering adopting their own portions of highway.

“Yo, fuck those MHWP scrubs,” said Ray Grubinsky of the rival Colorado Goon Squad. “We’re gonna adopt some primo shit so good like you never seen. We got like, three dudes who roll with us who are real good at cleaning highways, on account of all that court-ordered community service. Those wolf wimps are dead fuckin’ meat.”

At press time, several commuters reported the littered highway had gone nearly an entire week without a visit from a crewmember volunteer, leading to speculation that the Wolfpack had abandoned the idea altogether.