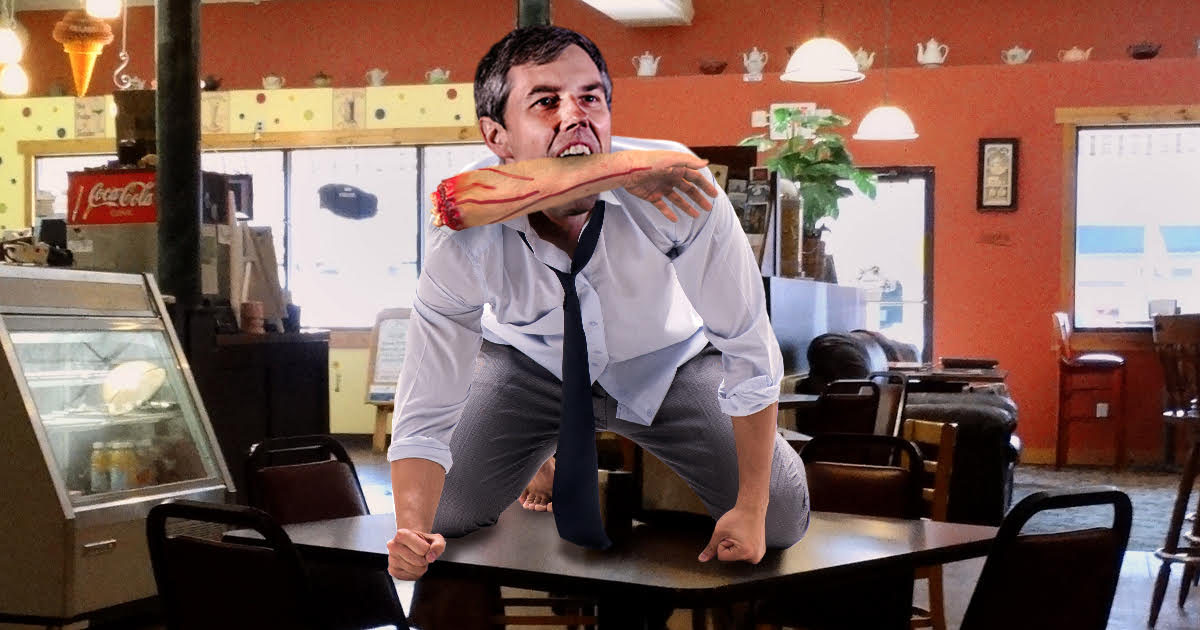 “Beto is an experienced climber, so we never thought this would be an issue. A lot of locals said this particular table was too dangerous, but we didn’t listen — climbing tables is an integral part of his platform,” explained campaign manager Jen O’Malley-Dillon. “Beto doesn’t stand FOR things, he stands ON things… and now, we really have no idea if he’ll make it back down.”

During the ascent, O’Rourke got past the feet of the table and was preparing to set up camp at the seat of the chair when officials lost contact with him, as he cut communications to listen to At The Drive-In on his 6th-generation iPod classic.

“The only word we’ve received from Beto was a cryptic message he scribbled on some napkins he threw down from the summit. The first one said, ‘Took wrong turn, losing hope,’” said O’Malley-Dillon. “The second napkin was covered in blood and said, ‘Totally lost, I think we were right under the AC unit, had to eat guide.’ Frankly, I’m not sure how we’re going to spin this in our favor.”

Initially, O’Rourke’s team was confident someone would walk over and rescue him, but as the afternoon wore on, it became more apparent help would not arrive.

“He just doesn’t have what it takes to bring me over to his side,” said diner regular Harvey Stintson. “I saw him skateboarding around in the parking lot and I damn near called the cops. This is private property, and someone could have gotten hurt. Now the bonehead is all the way up by the ceiling? I just don’t know if he’s fit for office.”

After nearly six hours, O’Rourke was discovered by the night manager, who brought him to a local hospital where he is expected to make a full recovery and has only eaten two people since being found.