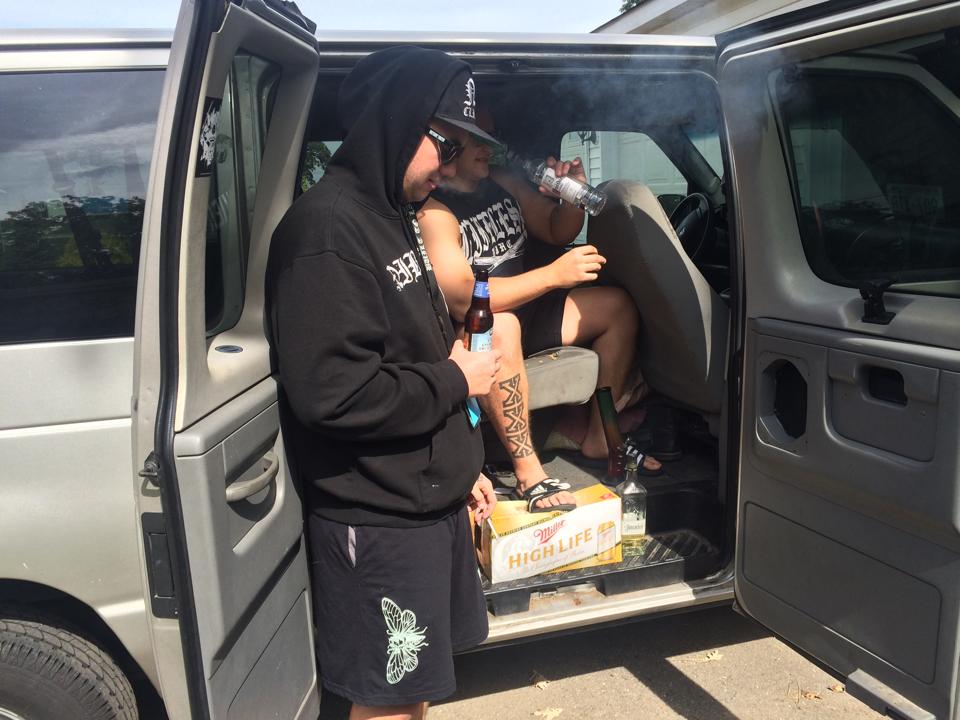 JACKSONVILLE, Fla. – For the fifth time tonight, all four members of the punk band Junkyard Gods made up an excuse to walk from the alcohol-free venue/pizzeria to their van, multiple sources confirmed.

“I asked them where they’d been during the first band’s set, and they said they were tuning,” said Richardson from the parking lot where temperatures were upwards of 90 degrees. “Which I thought was kinda weird, because the drummer and vocalist went too and they had already loaded in their gear. Such good dudes.”

Richardson, who books shows at Uptown Pizza, an all-ages space that does not allow any alcohol, said he was confused but not at all worried.

“They’re really cool guys. I appreciate that they even backed their van in by that one weird spot by the dumpster, it’s sort of far from the venue door so it leaves better spots open for people that paid for the show,” Richardson said while checking his watch. “And after the third or fourth trip to the van, they got a lot more talkative and friendly.”

The band members were overheard using increasingly creative justifications to duck out to the van, such as needing to grab some extra drumsticks, and to show a female fan how good the new windshield wipers are working.

“We just, uh, really need to spend time by ourselves before we play a show,” said Rodriguez of the 120 minutes he spent in the van during the show. “It’s, y’know, all about focusing and stuff… Wait, do you work here?”

Drummer Sam “Studs” McAllister went on to comment on “how cool it is” that they could play an all-ages show at a pizzeria, even though drinking was not permitted.

“They gave us drink tickets when we showed up, which we thought was for beer at first, but turned out to be for soda, or a Capri Sun, or some other bullshit,” McAllister said, pausing to hiccup. “But you don’t always have to, uh, drink to have fun, y’know? We’re just happy to be here. Hold on a second, I gotta, uh, run to the van to check the PSI in the spare tire.”