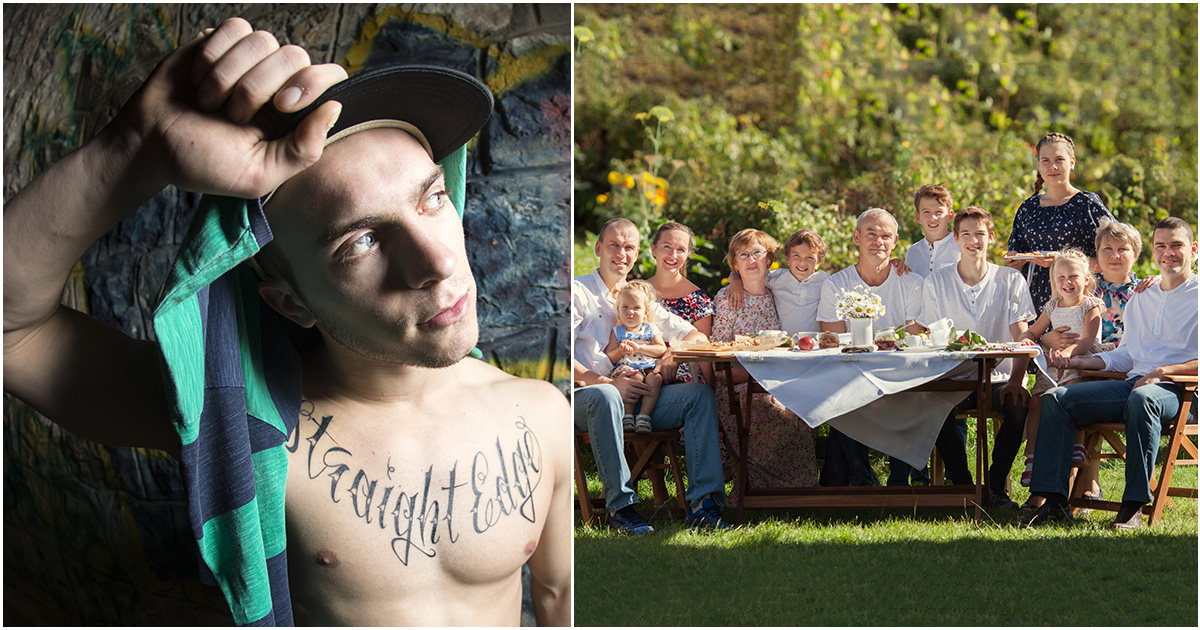 “I guess it’s nice to not be the only one sick of these frat kids bringing poison into our neighborhood,” Howell said, pointing to a single crushed beer can in the gutter across the street. “[Neighbors] Lee and Sarah [Braithwaite] are square as fuck, though — I accidentally swore around them the other day, and they went on a 15-minute rant about how ‘swearing is degrading and harmful to the spirit.’ Who woulda thought Mormonism was so conformist?”

However, the Braithwaites admitted they are even less enthused by their tense entente with the heavily tattooed Howell.

“It’s nice to meet a young man keeping his mind and body pure… but I’m not sure if we want our children influenced by people like Mr. Howell,” said Mr. Braithwaite. “It’s bad enough that any time we go out, people automatically assume we’re straight edge when we tell them we don’t drink. Frankly, my wife and I really don’t like to be associated with the extremist behavior of the hardcore scene. We are just simple Mormon folk, trying to raise our 12 children.”

Howell, for his part, is trying to make the best of his unexpected alliance.

“I refuse to call cops when these college bros start running up and down the street, but I know all I need to do is text Lee, and he’ll be on the phone with the police in seconds,” said Howell. “And they gave me this book about Jesus chilling with Native Americans… which is kinda rad, I guess. I never knew Jesus hung out over here much, but they suggested I start reading during my downtime, instead of blasting Chokehold while I workout.”

Despite their differences, the Braithwaites are optimistic the two parties will continue to ally for the good of the neighborhood.

“Mr. Howell is in need of a lot of guidance. I think he’s on the right path; I just wish he didn’t have to start fistfights with the local college kids on his way to enlightenment,” said Mr. Braithwaite. “Also, I’d love if he would stop offering to let my wife ‘check out his seven-inches.’ I have no idea what that means, but I don’t like the sound of it.”