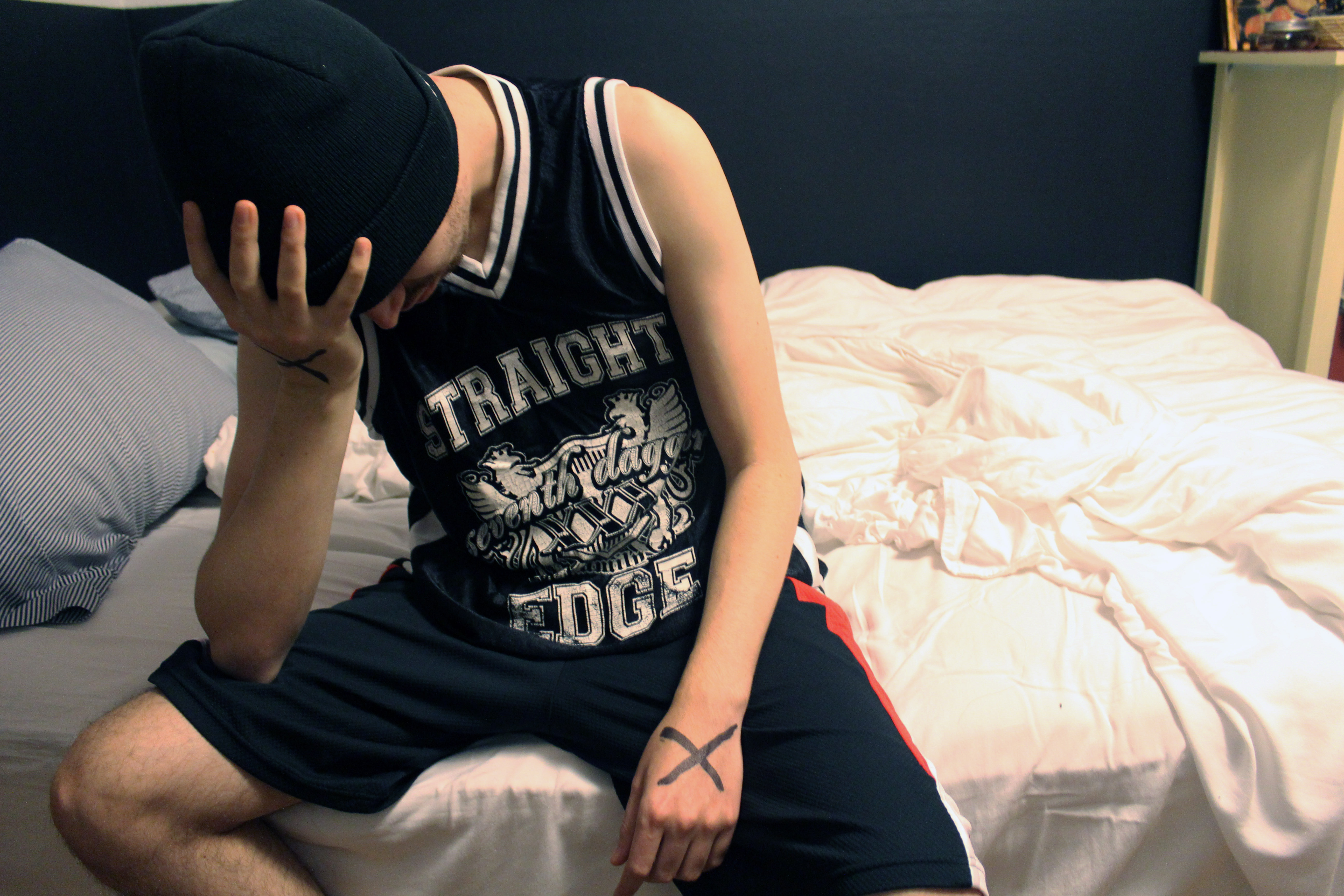 INDIANAPOLIS – Despite his best efforts, local straight-edger Chris Weaton, 23, has been following the “don’t fuck” rule laid out in Minor Threat’s 1983 song “Out of Step” for the entirety of his lonely life. According to Weaton, his abstinence from casual sex has been completely circumstantial and a source of endless frustration.

“It’s not that I don’t want to have sex with a bunch of hot women with no strings attached. It’s just that finding women who feel the same way about me has been harder than I thought it would be,” the young man dressed in a vintage Judge shirt, Chain Crew X watch and Nike Air Max 90s said.

Despite Weaton’s intense, deep yearning for any form of physical affection from a member of the opposite sex “even just once,” he’s trying to keep a positive mental attitude about his unwanted dedication to the third X.

“I mean, if not fucking was good enough for Ian Mackaye, then who am I to complain? He invented straight edge! Maybe it’s for the best,” Weaton stated in a despondent tone while staring at the black sheep tattooed on his forearm.

UPDATE: Weaton has decided to take up playing golf to help pass the time.