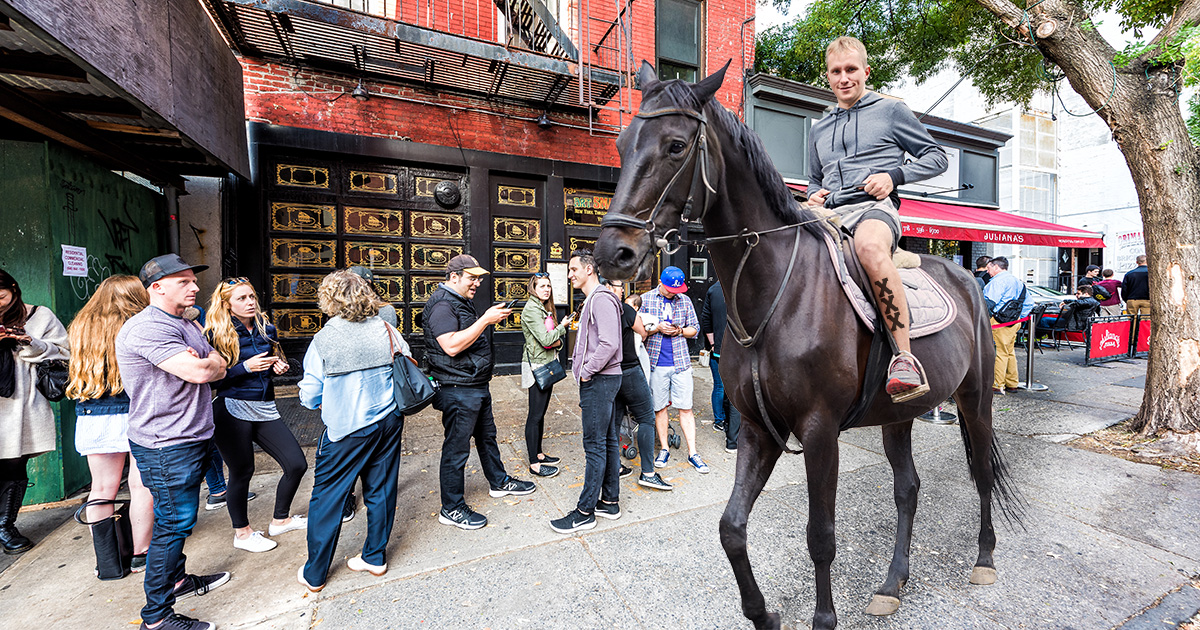 SILVER SPRING, Md. — Attendees of an all-ages hardcore show last night were treated to the arrival of local straight edge punk Brett Williams, riding on his own high horse.

“Brett and his band Army of Edge both suck,” said Matt Moyer, one punk outside the venue. “All his songs are so judgmental — he’s probably talking shit on me right now for smoking outside during their set. I bet he’s up on stage, going off about my lifted truck and the fact that I litter sometimes when I know nobody is watching.”

“Brett’s a solid dude, and he super means well with this whole horse thing… but I don’t know,” said longtime friend Jamie Patrick. “The horse is shitting all over the venue like it owns the place, and I swear, the horse is making eye contact with people when he does it, like some sort of power move. Plus, the horse keeps going off in the pit — it’s either because he likes the music, or he’s terrified, but there’s only so many holes in the wall we can explain before we lose this space for shows.”

“It’s not my fault these people can’t see that riding high horses is the truest form of being punk,” said Williams. “This stallion doesn’t contribute to global warming — not to mention, I don’t pay taxes to own him, so I’m not contributing to systematic racism, the military industrial complex, the prison industrial complex, or the medical industrial complex like all you fools who drive cars, buy gas or take public transportation.”

At press time, Williams was being rushed to the hospital after his horse threw him face first into his own merch table.