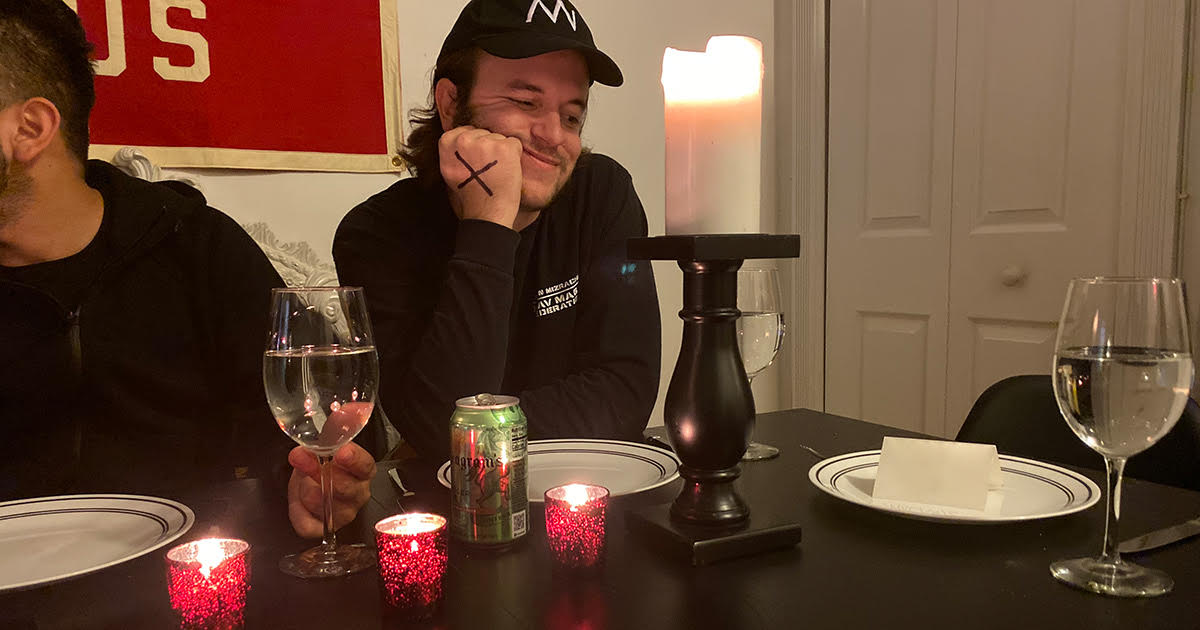 “Some people just pour the fifth cup of Mexican Coke for Ian and call it a day,” Les Jones, the host of the evening’s celebration, said of the practice. “But in this apartment, we go all out: we set out an empty chair at the table, then open the door to our practice space in case the spirit of Ian wants to jam, and we conclude the night with readings from the lyrics of ‘In My Eyes’ and ‘Straight Edge.’ These Edge Day traditions date back over 20 years, and it’s very important we keep them alive for the next generation that’s nailed to the ‘X.’”

For many, the seating arrangement at the Edge Day Seder is one of the least important parts of observing the holiday.

“Ever since I claimed edge in high school, my favorite part of the Edge Day dinner is reading quotes from the ‘Disavowing,’ which contains dozens of Ian’s quotes collected over the years where he says he never meant to start a movement,” said Salt Lake City-based straight edge kid Kurt Liston. “With my straight edge brothers and sisters, we would share MacKaye’s parables about not needing merchandise, or legends of how MacKaye would cut and fold each 7-inch by hand.”

Evergreen State University professor of Edge Studies, “True” Tom Hollenbrook, elaborated on the roots of Edge Day and its traditions.

“As we must turn away the poser, so too must we turn away each other. Thus, the chair is left open, welcoming the one person who didn’t want ‘straight edge’ to ever be a thing,” said Hollenbrook. “On the day Ten Yard Fight played their farewell show, it was said that every straight edger in attendance reached a new level of self righteousness. Each year, those celebrating Edge Day try to reach those heights spiritually… with no help from drugs or alcohol, of course.”

As is tradition, once the dinner concluded, the Seder guests prayed to Karl Buechner to bring retribution to those who have broken edge.