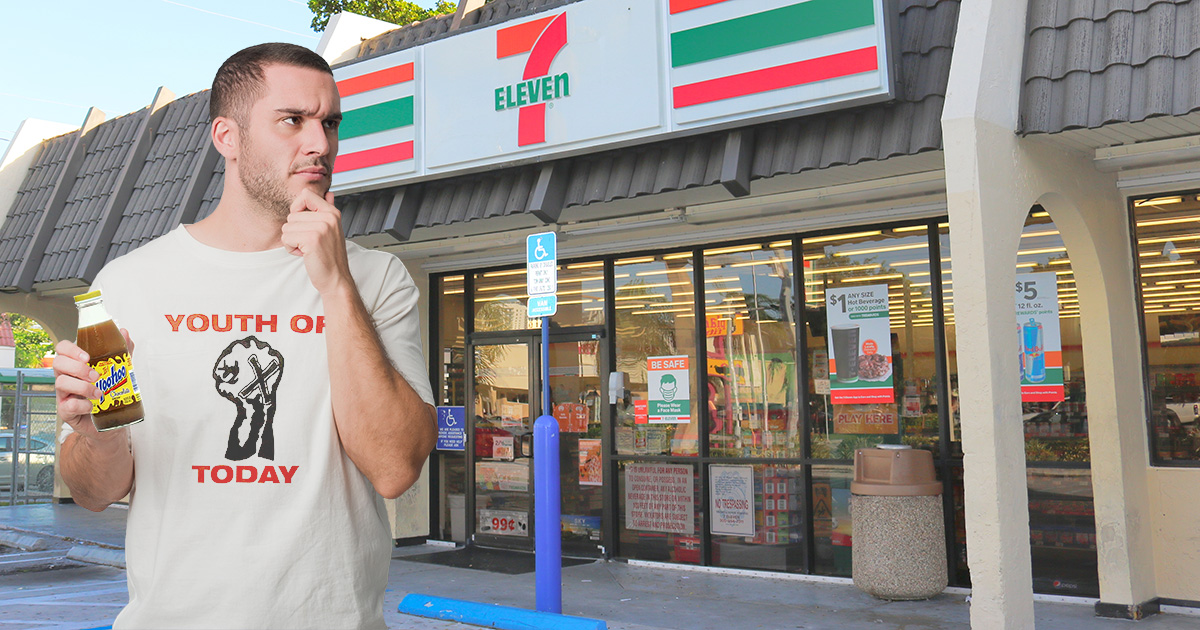 BOSTON — Local straight edge father Maurice Puckett was depressed upon realizing he would have to say he was going to the corner store for a chocolate milk instead of cigarettes before never returning to his family again, according to those close to the situation.

“Dude, the hardest part of being straight edge is the fact that nothing you eat or drink is remotely cool. If I had a history of smoking then this would be no issue at all, not because I want to feel a buzz or talk outside of bars or look cool after having sex, but because I can’t even be a shitty dad the right way,” said Puckett while browsing expiration dates in the fridge. “I mean if I say I’m going out for cigarettes, it’s gonna be a whole thing. My kid’s gonna say I broke edge and call me a fake punk and tell me to remove my tattoos and shit, but I’m just trying to skip out on my responsibilities as a father. I’m not some sort of fucking sell out. This kid has no idea what true commitment even means.”

Puckett’s wife Catherine Peel was reportedly furious after Puckett pulled the “going out for Yoohoo” move on her and their 5-year-old son.

“It’s one thing to walk out on our family forever, leaving our child fatherless and me all alone. That, I get. But to say you’re going out for some weird ‘chocolate beverage’? I mean Jesus Christ. Talk about fucking up your kid forever. He’s gonna be in therapy the rest of his life after that,” Peel said. “Having a shitty dad, you know, mostly leads to depression and, eventually, good art. But little Jeremy’s gonna have to battle against picturing his dad, out with his new family, sipping on a little chocolate milk box like a loser. That’s just unforgivable.”

“I deal with this sort of issue a lot with people who grew up listening to hardcore,” Dr. Cresswell explained. “There are many unique issues that come with being a straight edge parent. You have to constantly wipe little X marks off your child’s hands after they try to emulate you at school, you have to explain to your child far earlier what sex is so they can tell their bullies you being straight edge doesn’t mean they were adopted, and, worst of all, you have to get through the monotony of childrearing while being completely 100% sober. I don’t know how they fuck they do it.”

At press time, Peel and her son were seen breaking down in tears at a local grocery store after walking through the dairy aisle.