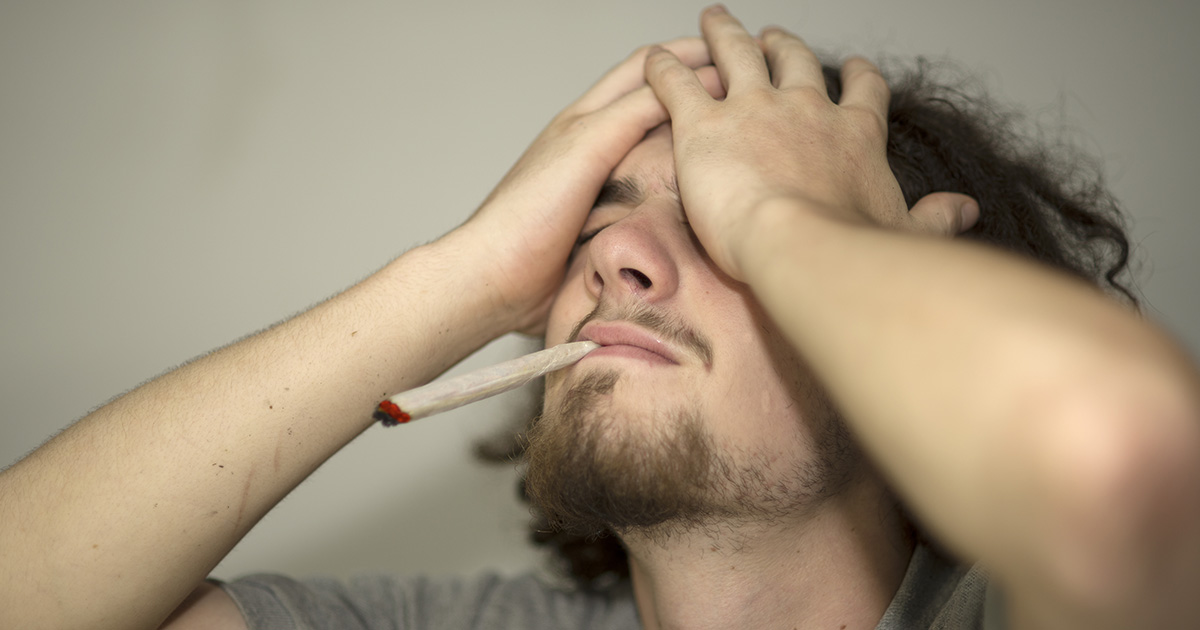 DENVER — Local marijuana enthusiast Toby Strickland is “pretty sure” he is the first to invent CBD-infused marijuana, which he believes is an opportunity to capitalize on the popular cannabidiol-inspired trend, skeptical friends reported.

“There I was, sitting on my couch, about to break open another pot cookie,” Strickland said while watching a 12-part serial killer docuseries. “And out of the corner of my eye, I caught a glimpse of my dog’s anti-anxiety CBD tincture and thought to myself, ‘Wait a minute… what would happen if I drizzled that shit on my weed for CBD-infused marijuana?’”

“I know I’m on to something potentially huge here — every one of my friends pretended it wasn’t a brilliant idea, and said it was something I should never, ever pursue,” he added. “Their words, not mine.”

“I didn’t have the heart to tell him,” friend and fellow cannabis aficionado Ruby Clemons recounted. “He was just so excited to show me the prototype: he poured a bunch of CBD oil into a joint, lit up, and said, ‘I can’t believe no one thought of this before’ before launching into his brand strategy. Evidently, he’s already spent $9.99 on the domain cbdinfusedweed.biz.”

Indeed, records show Strickland opened a LegalZoom account to apply for a patent.

“We get people calling about CBD-infused ideas day in and day out around here,” LegalZoom representative Rachel Snell said. “We strongly advised [Strickland] not to move forward with the patent and recommended he do more research on the subject before paying the legal fees.”

“He said he was already an expert in marijuana usage, so research would be pointless,” confirmed Snell’s manager Raymond Slater. “The only thing we could do to get him off the phone was tell him the paperwork was in the mail. It wasn’t.”

However, losing interest in the CBD-infused marijuana idea after a few days, Strickland has reportedly turned his attention toward his “new and even better” idea of THC vape pens.