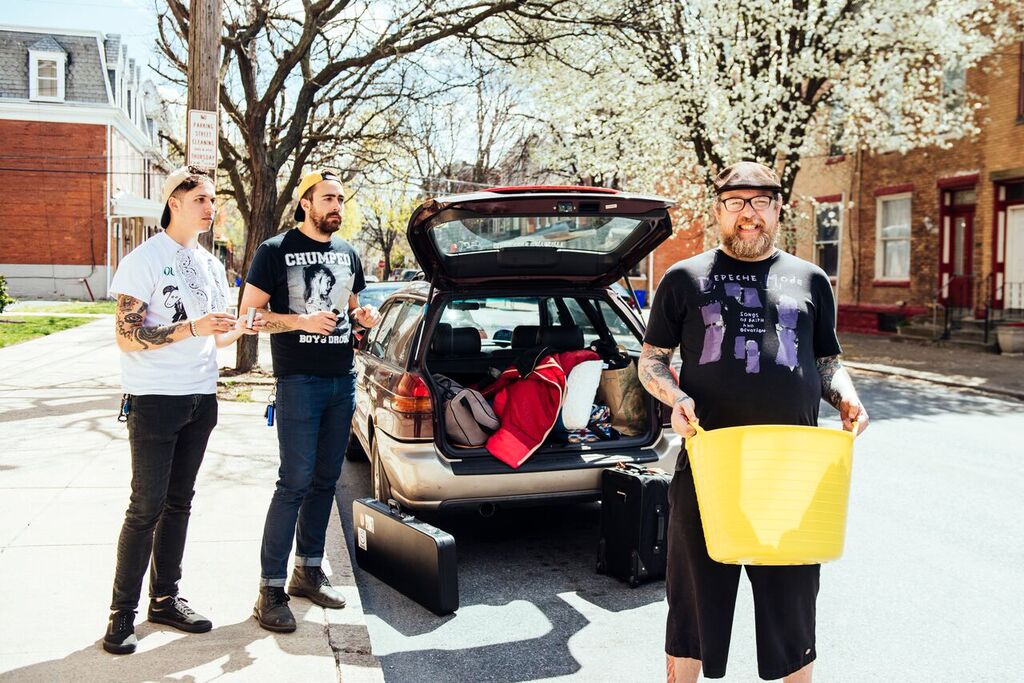 According to sources close to the band, they’d run out of cash after a string of pay-to-play shows and had already maxed out their parent’s credit cards. While traversing the empty cornfields of Iowa, and after their GoFundMe charity yielded a meager seventy-four cents over two weeks, the band had reached their wits end and consumed Banner while he slept in the backseat of the van.

Before breaking into their first song, vocalist Steve Donner dedicated the entire set to its cannibalized roadie. “This set goes out to anyone who’s ever been so hungry, so desperate,” he began, welling up with anger and emotion, “that they ate one of their best friends. This one is for you Tom! We miss you bro! Hit it!”

The statement confused many of the attendees, but the energy of its delivery took over. “I thought it was just a strange metaphor for determination,” said Larry Boland, one of the few Wore Thin fans. “I had no idea he was talking about actual starvation. Did they really murder and eat someone?”

The band continued to offer up more details in between songs, to the discomfort of many. “We hadn’t eaten all day,” interjected guitarist Carlos Denke while re-tuning. “At first we were just kind of joking about it, like – ‘man, Tom looks pretty tasty right about now’ – but then he started to actually look kind of good. This one’s goes out to the vegans, god bless you. We had no other choice. Break!”

Not long after, attendees also began to notice disturbing details in the band’s appearance, such as the excessive bloodstains on their vintage tees, as well as bits of hair on the edges of their mouths.

The band is currently seeking a replacement for Tom, and insists that this was the first — and only — time it intends to cannibalize one of its members.

“Putting aside the moral ramifications of eating another human being,” said bassist Aaron Packer, “human flesh just doesn’t taste very good. I’d rather eat at one of those 24/7 gas station Subways.”