“Sorry About the Mess” Says Date, Referring to Self 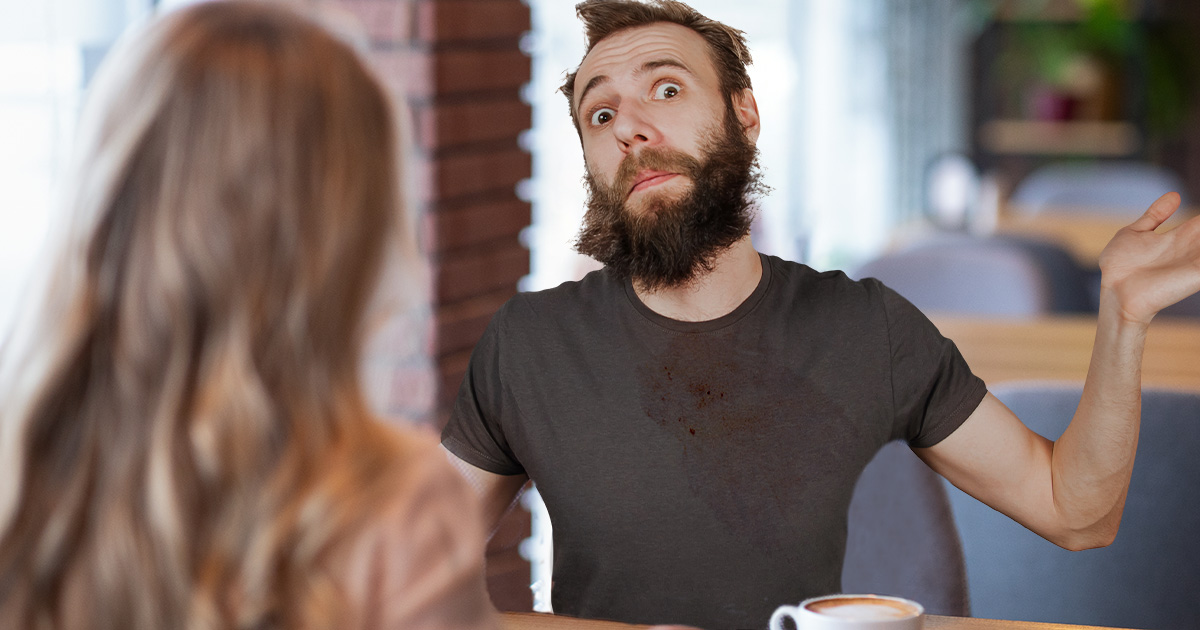 BOSTON — Local man Chet Deacon began the conversation on a first day with Alyssa Marco by apologizing for “the mess” of his entire being in an attempt to speed up the courting process, bummed out witnesses confirmed.

“I thought I’d be as upfront as possible,” said Deacon, a 35-year-old Guitar Center greeter. “I’m a total shitshow. Alyssa was going to find out sooner or later either by my inside-out shirt, the fact I was ordering off the kid’s menu, or when the manager of the restaurant sees me and kicks me out again because I tried stealing their awning last year. I obviously want this to work because I deserve to be happy, but my dates also deserve to know that I’m going to completely tank their credit score and steal pills from her parent’s medicine cabinet.”

Marco admitted she was amused and intrigued by such a forward admission of faults, labeling it as a refreshing experience in a depraved dating scene.

“At first I thought he was referring to the restaurant itself and apologizing for the decor for some reason. I found it kind of endearing. But then it became immediately clear this man was systematically dismantling himself right in front of me,” said Marco. “And to be honest, I still found it endearing. Usually, I would have to wade through at least six months of coffee dates and art museums to get to this information. What a relief I’m getting it all on day one!”

Current dating experts are beginning to voice similar opinions in response to the changing romantic landscape.

“Traditionalists say one should be presenting their best self when on a date,” explains premier matchmaker Clyde Interman. “This is no longer true. 90% of the dating pool is straight-up flailing in the worst way. The current scene is divided into three main sections: hot messes, wholesome idiots, and the balding-and-desperate. Why waste the time of a potential love interest by pretending you’re not one of these? We’re finding it’s much more efficient to be honest about how bad a candidate you are, and work your way up from there.”

When asked if she foresaw a second date happening, Marco attested that she has no problem seeing past Deacon’s faults just as long as he is capable of holding all of her numerous and complex traumas.