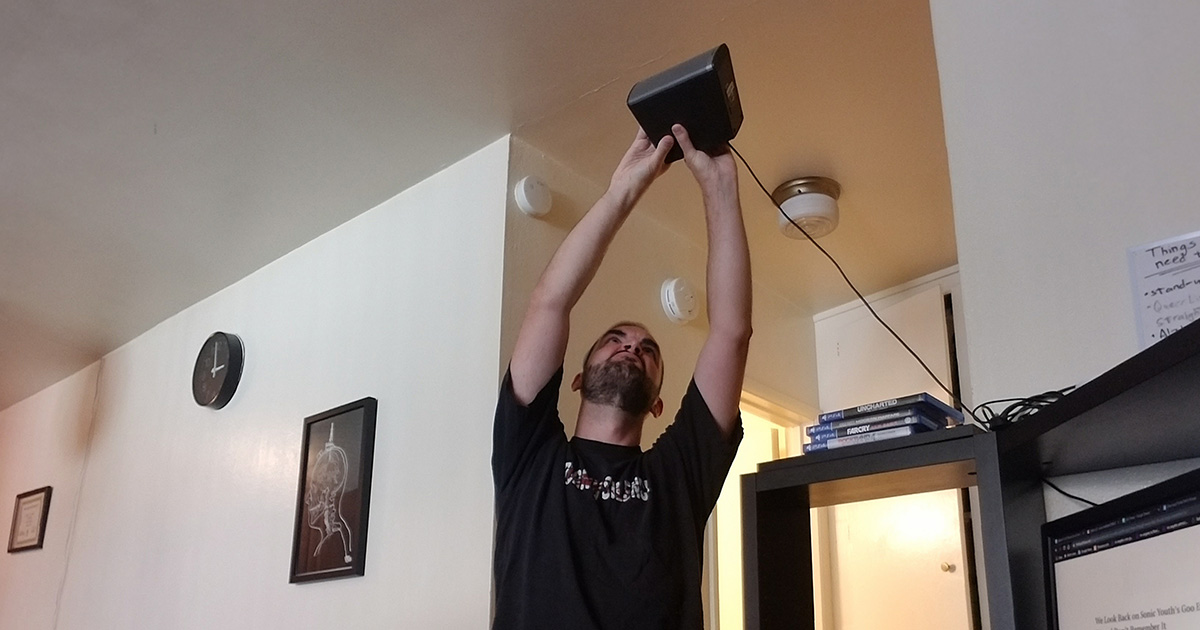 NEW HAVEN, Conn. — An artistically noisy altercation between neighbors escalated yesterday when Sonic Youth’s “Confusion Is Sex” was cranked to full volume and used as an offensive weapon, neighborhood sources who had never heard so much feedback in a recording confirmed.

“It’s like he’s training for the furniture-dragging Olympics up there. I kept hitting the floor with a broom, I tried knocking on their door… nothing worked. So, yeah, I cranked up that early Sonic Youth, and it started shaking the windows. Man, if I can’t take a nap, no one here can,” said noise rock instigator Andre Ramos. “The ceilings in this shitty building are paper thin, so I know they’re feeling that abrasive, experimental, early SST Bob Bert-era Sonic Youth coming through the floor at full blast. They must think an airplane is taking off below them.”

The upstairs neighbors criticized the choice of well-crafted yet chaotic art rock weaponry.

“I didn’t know I was making noise — it’s not my fault they didn’t give me carpet on a second-story apartment,” said neighbor Norah Pichelli. “And while I can appreciate Sonic Youth’s early lo-fi noise stuff, I really think it would be best to use their DGC catalog as a weapon. There’s better production and fuller sound on those albums, and they’re working with so many genres. That’s the kind of stuff that will bleed through a wall and get someone’s attention. He could have just texted me, though — we were already planning on getting beers later. It didn’t have to come to this.”

Apartment manager Lisa Bethana noted that volume wars have become an increasing problem, due to affordable, high-quality sound systems and the resurgence of noise-rock fandom.

“I understand wanting to fight fire with fire, so to speak, but it’s annoying to the other neighbors, and it also ignores the quiet subtleties of late-era Sonic Youth,” said Bethana. “Their albums of intricate, post-rock grooves they made as a five-piece at the top of their game are forgotten when it comes to albums you can crank up and enjoy while also pissing someone off. I love Steve Shelley’s thunderous drumming as much as the next person, but he’s also capable of making some quiet, meditative grooves. I think blasting that would make everyone happier.”

At press time, officers were called away from the scene to deal with someone holding up a bank with My Bloody Valentine’s “Loveless.”