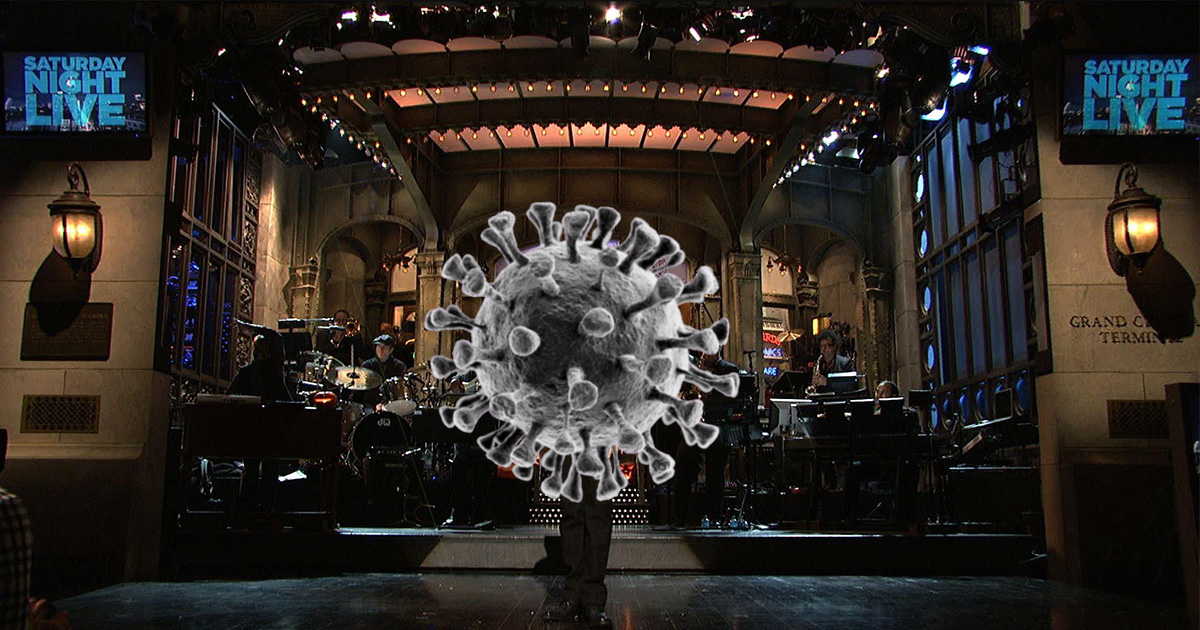 NEW YORK — Legendary television producer Lorne Michaels conceded last week that it was a mistake to have the highly infectious novel coronavirus host “Saturday Night Live” in 2018, as it likely contributed to the virus’s current popularity.

“I first met the coronavirus at Paul Simon’s house. There were lots of viruses and other contagious diseases hanging around, and Mick Jagger,” Michaels explained while taking a break from a game of badminton with Steve Martin. “Coronavirus had such a likeability and natural charisma to it — I never would’ve guessed it’d cause so much suffering. At the time, it seemed like the kind of severe acute respiratory syndrome that could carry a cold open.”

Michaels’ admittance prompted cast members to speak out about the controversial episode.

“The coronavirus was the worst host ever. Keep in mind, I’ve worked with Justin Bieber, Lance Armstrong, and even once did a remote piece with dengue fever,” confided longtime cast member Kenan Thompson. “COVID kept missing cues and pitched all sorts of shitty sketch ideas — like ‘Camp Crystal Lungs,’ where people wheezed incessantly throughout the sketch. Usually a bad host fails because they don’t have comedic chops or don’t learn their lines. But this was the first time we had a host that didn’t have a recognizable face, an able body, or even a human soul. Well, other than the time Rudy Giuliani hosted.”

Indeed, critics suggest that by letting the coronavirus host, “Saturday Night Live” may have played a role in the current pandemic.

“Seeing a person, idea, or invisible-to-the-naked eye virus on TV normalizes it. Suddenly, average Americans are comfortable with coronavirus entering their homes, grocery stores, and lungs,” noted Laura Andrews, a media studies professor at New York University. “‘Saturday Night Live’ is particularly influential because it reaches so many viewers and is so entrenched in the culture — the popularity of ‘SNL’ is probably why this turned out so much worse than when ‘MADtv’ let H1N1 host.”

“Saturday Night Live” has since announced that their first episode back in studio 8H would be hosted by a nest of murder hornets, with the inevitable major earthquake that will devestate San Francisco slated as the musical guest.