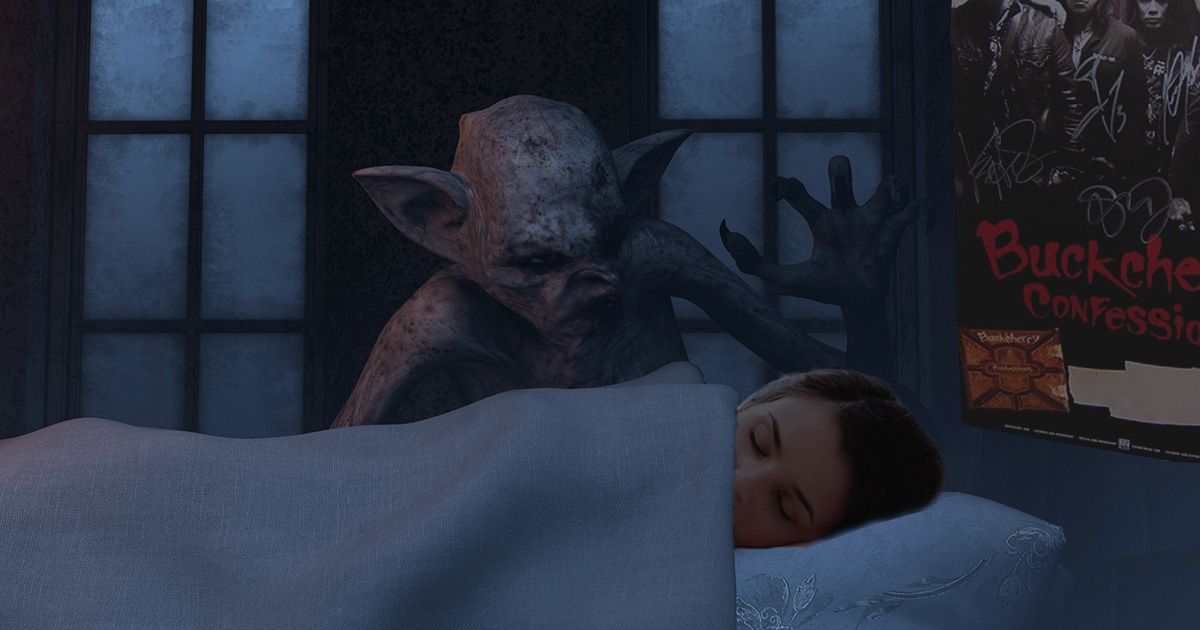 DALLAS — Local sleep paralysis demon and archetypical projection of humanity’s deepest fears, Edgar, was frightened away from a routine haunting after spotting a Buckcherry poster in a grown man’s bedroom, according to sources.

“I’ve been in this game for centuries, and have been haunting this guy for more than 20 years. Never in my life have I been so terrified as I was that night,” said Edgar, of the poster held to his victim’s wall by thumbtacks. “I heard that ‘Crazy Bitch’ song when I saw it and haven’t been able to get it out of my head since. I’m starting to think that I’m the one who has truly been haunted. I’m downright terrified to close my eyes now.”

Following the gruesome discovery, Edgar has plans to make it clear to the powers that be that he has had enough and may need some time off.

“At the next demon meeting, I’m telling the council that I’m out of there. There’s this other demon from Florida who likes to get down to bands like Staind and Godsmack, so I will recommend her for the job,” he explained from behind the figure of a tall shadow in a hat. “The image of that man sleeping peacefully with that damn poster above his head is going to give me nightmares forever. I was only a month away from earning my horns, so this transfer is going to cost me, but it’s gotta be done. Keeping people up at night isn’t worth a damn if it does the same thing to me.”

The owner of the poster, Dominic Nucci, was surprised to find that he had slept peacefully for an entire week.

“Ever since I put up the poster, I’ve been getting my full 14 hours every night,” said Nucci. “I’m not totally sure if it’s related or what, but I know I like looking at it, which I’ve heard can be a real perspective shifter. Like a vision board or something. My mom got it for my birthday. Usually she’s annoying, but she really came through this time. The poster looks really great when it’s lit up by my lava lamp.”

Edgar later recalled seeing a 3 Doors Down CD on Nucci’s floor years ago during an EMDR session with his therapist, and could have kicked himself for missing that red flag.