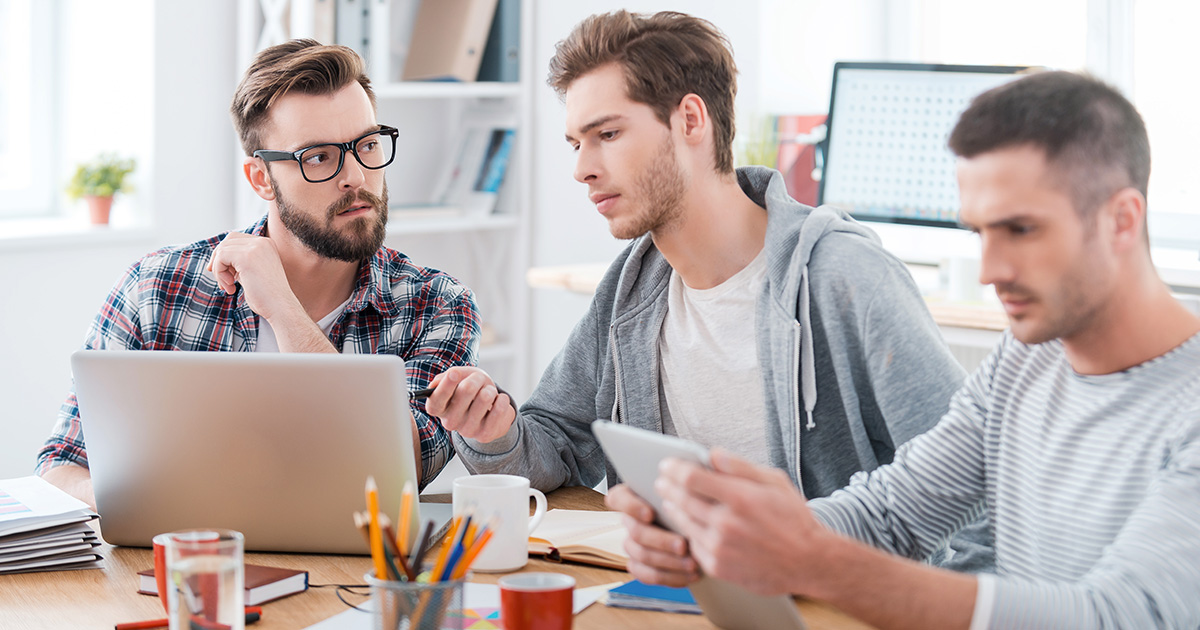 LOS ANGELES — Writers for the police procedural/workplace sitcom “You Have the Write to Remain Sassy” are debating how flamboyantly “gay” they should write a recently introduced bisexual detective, according to thoroughly confounded, straight male sources.

“We know it’s important that this character be an accurate representation of a bisexual… which is why it’s been so hard figuring out exactly how lispy we should make this fruit talk, and how limp the actor should keep his wrist. Plus, he’s supposed to be half-straight. So should he only kinda like football, or something?” said head writer Chris DeMarco. “I think we got pretty close in his first appearance on the show when we made every other line of his ‘Yass queen,’ but it’s hard to find reasons to keep that going when he’s talking about a triple homicide.”

Test viewer Meredith Platt pointed out several inconsistencies in how the character was portrayed.

“I’m not sure the writers even understand what bisexuality is. It seems like they think it has something to do with how many spoonerisms the character says in reference to DNA evidence,” remarked Platt. “They never have him talk about a relationship or any kind of prejudice he has to deal with, so it’s not like he even has a character arc that would make his sexuality a relevant detail. It literally only gets brought up anytime they make him shoehorn in a reference to Madonna.”

“We’re proud that our shows feature a diverse array of characters, even if our writers and producers are as lily white as mayonnaise sandwiches. Just look at our latest drama series about steroid abuse in major league baseball, ‘Speed Pitch’ — pretty sure we made one of those guys a Latina shemale. Is that what they like to be called? Latina?” boasted Coldwell. “Look, you asked for diversity. This is the best we can do.”

Writers ultimately decided the best way to demonstrate the character’s bisexuality is by giving him three fistfuls of glitter to throw out at random intervals, and that he will always drink Budweiser.