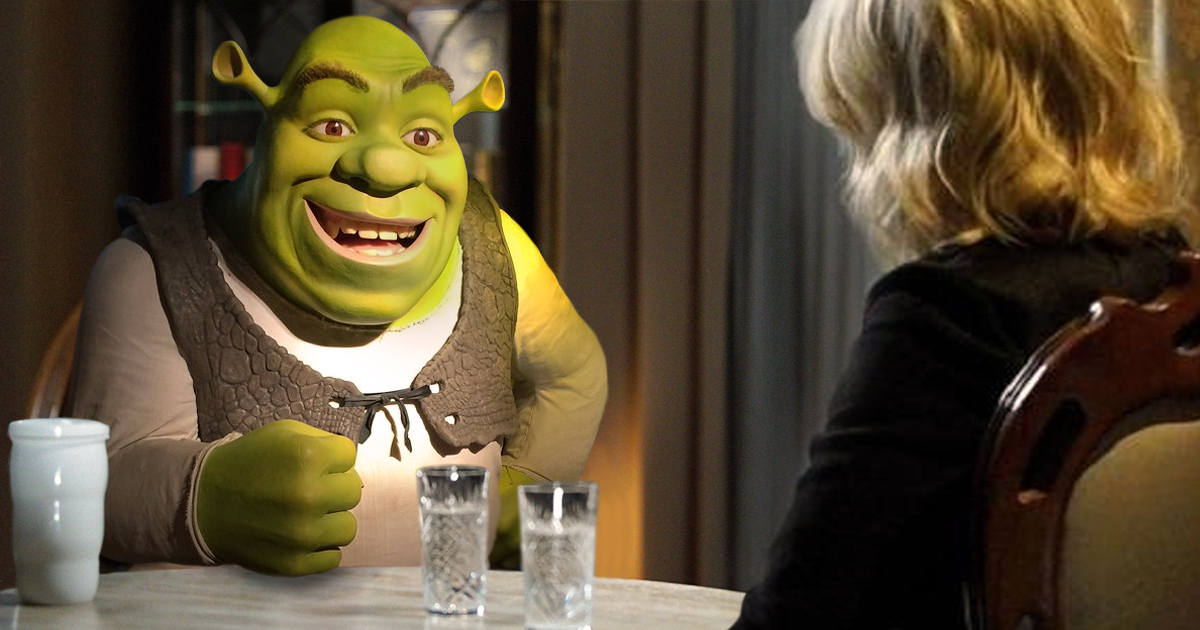 Acclaimed ogre and Hollywood superstar Shrek is best known for the proliferation of nude photos containing his likeness on the internet and his publicly turbulent love life. Although he has shied away from the public eye in recent years, the Oscar winner agreed to sit down with The Hard Times to discuss the creative process that took place the night he composed the hit song, “Hallelujah,” which was under the effects of inhuman amounts of Lysergic Acid Diethylamide [LSD].

Did you write “Hallelujah” specifically for the film?

We had just signed Smash Mouth onto the soundtrack a few days earlier, and those guys mailed us an advance cut of their “I’m a Believer” cover. Holy fuck, did it blow our goddamn minds! We knew we had a hit on our hands, but the film still needed a tender montage. Dreamworks doesn’t have Randy Newman on speed-dial, so I knew I’d be the one picking up the slack.

And the song is about Princess Fiona, right?

Here we go. Another narrow-minded simpleton who can’t fathom a song about something other than chasing tail.

Sorry, let’s start over. What’s the song about?

“Hallelujah” is headlong plunge into the boggy swamp of the wayward soul. It’s a dirge to the death of austerity in the age of mandated vaccinations. “Hallelujah” is a diss track to the Philistines who’d prefer to typecast Princess Fiona as a semen-haired Mary than to let her be my forever ogre.

OK… So, what was the song’s genesis?

Donkey and I had just returned from church so I had lots of good old-timey nouns and adjectives stirring around in my 14-pound brain. I hunkered on a pad of peat moss and discovered a satchel of acid against my cheeks. Donkey and I divvied it up fairly and took ‘em down.

How much acid did you guys take?

Donkey asked that I rest one tab gently on his tongue, so I honored his request and then ingested the remaining 74 tabs the standard way — through my ears.

Did you write the lyrics first, or the music?

Both at the same time, in keeping with ogre tradition. Next question.

Why didn’t they use your studio recording on the movie soundtrack?

The suits at Dreamworks have a gag on me so I can’t elaborate. Let’s just say they’ve got an aversion to fast tempos with odd time signatures and they really fucking love watching Rufus Wainwright give it the ol’ college try.

I’ll be honest… Donkey wrote that part. I wrote everything else in the song, but Donkey made that contribution. That’s pretty much the only word he said all night as a matter of fact. You mind keeping that mum for the time being? I’ve collected some royalties on this baby and I don’t need that getting between me and my pal. Are you recording this?