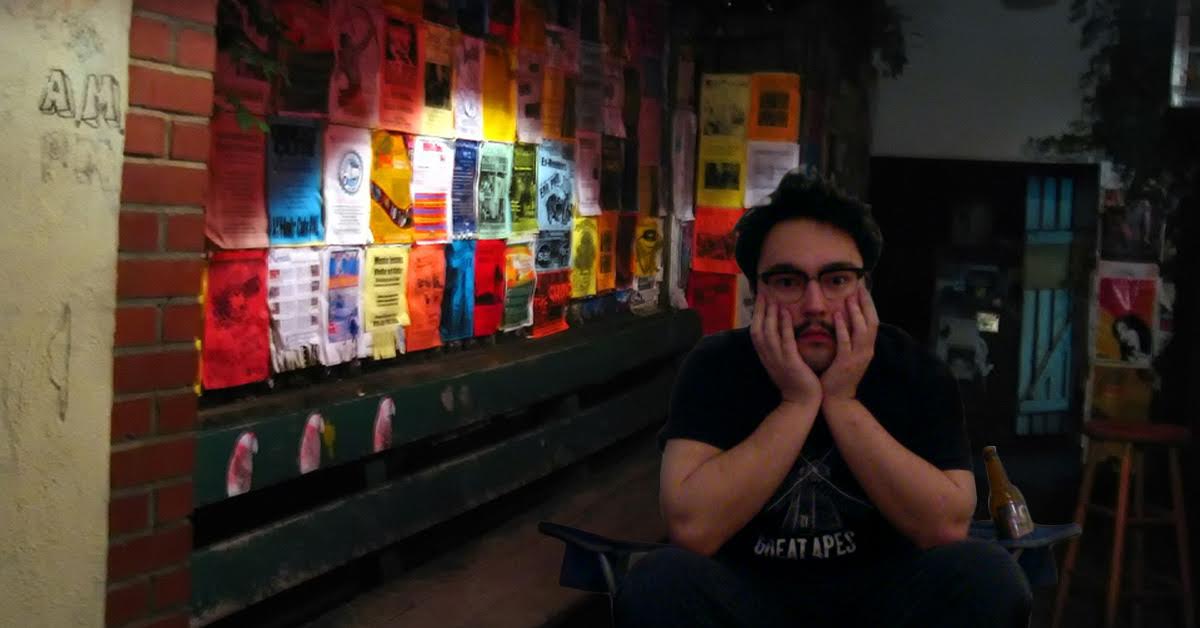 GAINESVILLE, Fla. – Despite knowing the show would be in direct competition with the theatrical release of the highly anticipated Rogue One: A Star Wars Story, local promoter and complete idiot, Matt Kimball, was somehow still shocked by a lack of attendance at the Gator Collective, a local venue known for DIY shows.

“I didn’t realize this scene was filled with fucking nerds,” said Mr. Kimball from the empty stage. “All the bands canceled last minute. Even my band was supposed to play tonight, but Mitch, our singer, said he had to cancel because ‘his mom slipped in the bathtub.’

“I know his mom is fine. I follow her on Facebook and she just posted a picture of a Star Wars ticket.”

“Drop Out was supposed to play, but they bailed. Apparently, their drummer’s cat got food poisoning. And Birth Rite was going to headline, but their bass player just texted saying, and I quote, ‘Hey sorry can’t make it tonight my mom slipped in the tub,'” said an increasingly frustrated Mr. Kimball. “How many mothers are slipping in tubs tonight? This is bullshit.”

As the advertised door time approached, Jenny Figueroa, a Gator Collective regular, entered the premises and saw exactly what she expected.

“Oh, yeah. No shit this place is empty. That movie is so good. I went to a midnight screening last night,” said Ms. Figueroa, trying to avoid being seen by Mr. Kimball. “I actually just got a text that one of my friends has an extra ticket, so I am going to see it again right now. Thankfully, I didn’t pay to get in. Don’t tell him I was here.”

Two hours after the listed start time and with zero attendees, Mr. Kimball admitted defeat and officially canceled the show via Facebook. The event had been ignored by the more than 300 people invited.

“The worst part is that most of these people weren’t even born when the first movies came out, and then they hated the prequels,” said Mr. Kimball, desperately trying to soothe his anger. “The movie is most likely, probably, going to suck. For my money, I would always choose going to a hardcore show. Those are never a disappointment.”