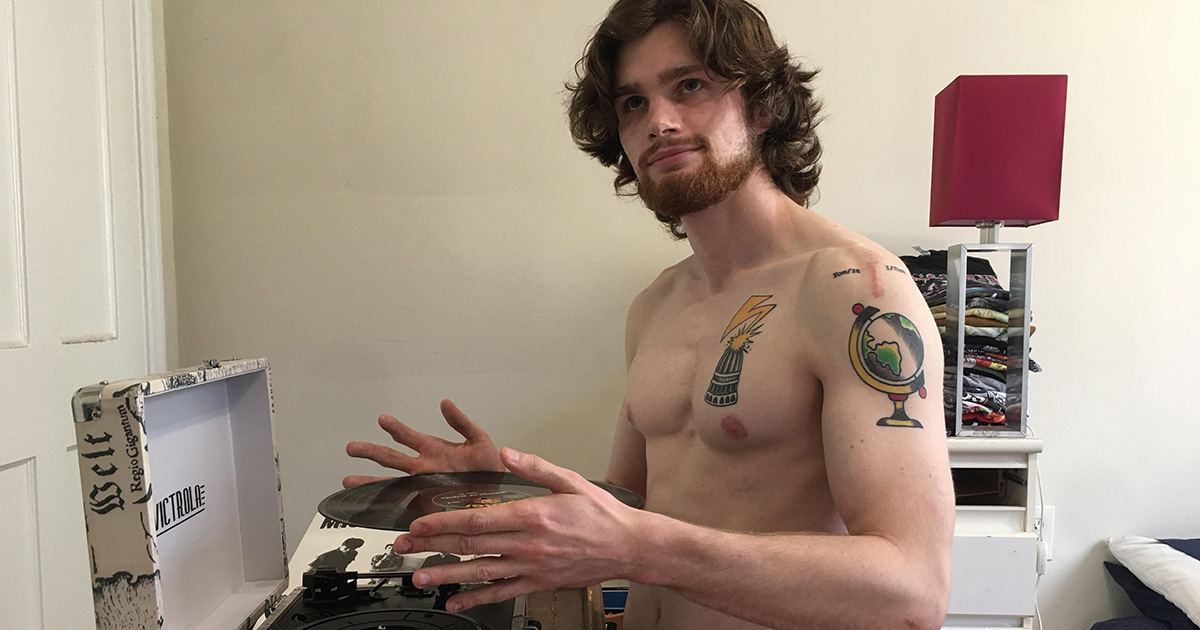 “I think it was totally justified. Pumping away in silence just doesn’t cut it for me,” said Levin, holding a pillow over his junk. “It’s like she hasn’t even heard the back half of Portishead’s ‘Dummy.’ How were either of us supposed to finish without those sexy-ass bass grooves in the deeper, more natural sound quality provided by vinyl? Just thinking about how good ‘Pedestal’ sounds on wax is enough to get me going.”

MacNeil admitted she was less than thrilled with Levin’s decision to disrupt the moment.

“I couldn’t believe it. I was so close to climax and he shot out of bed like a rocket to flip that thing over,” said MacNeil, making sure her blanket was clutched firmly around her collarbone. “It was like he was more excited to finish the album than he was to finish. I’m just glad it was an LP and not an EP, you know?”

“I guess you could say he put us on pause so that the record could play,” she added. “Sorry. When I’m seethingly angry, I just can’t resist a good fucking pun. See, I did it again!”

A spokesperson for Portishead confirmed that the band hears this story all the time.

“We can’t believe we don’t hear this more often, honestly,” said Marty Giddins, Portishead’s manager. “It’s hard to describe, but the whole trip-hop thing was just really hot, you know? Nobody knows why, but white people didn’t have good sex until the first Massive Attack album in 1990 — they just didn’t. To have the perfect soundtrack, you’ve gotta pay the price and flip the album.”

At press time, MacNeil was reportedly still waiting on Levin to return to bed, as he also held up the couple’s sexual activity to be interviewed for this article.