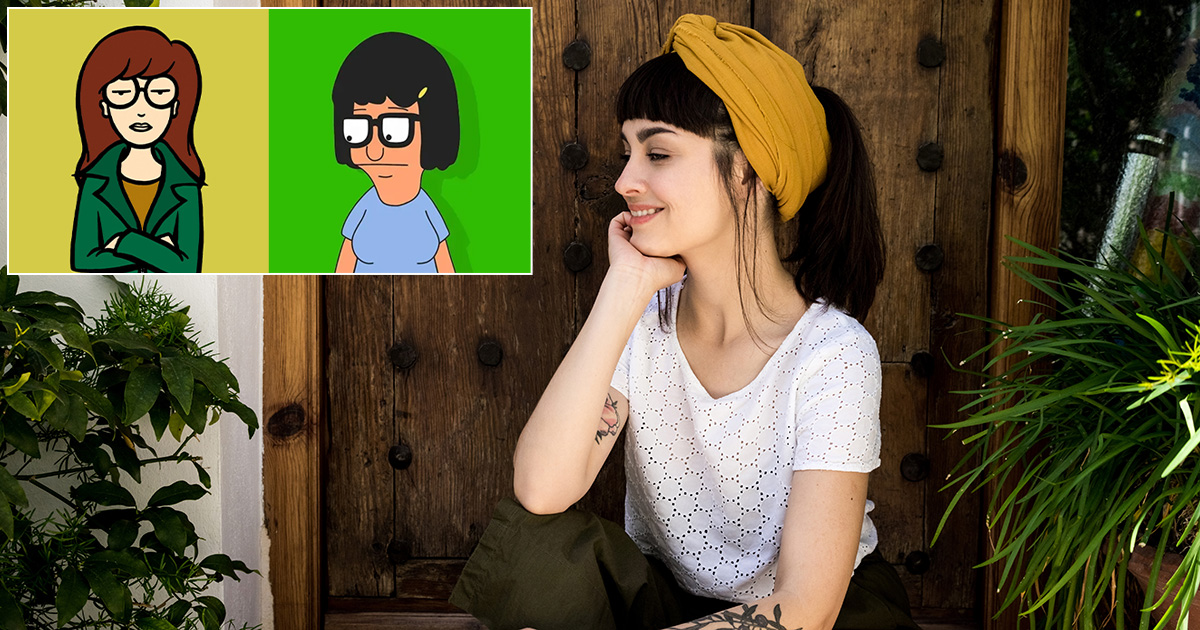 Portland, Ore. — Local woman Rachel Vance claims that if she had a cartoon counterpart it would be the sarcastic, intelligent Daria Morgendorffer, despite ample evidence that she has more in common with the awkward and butt-obsessed Tina Belcher, friends and family confirmed.

“I’m totally a Daria and I’ve known it since I started watching reruns of the show on MTV2. I’m smarter than the people around me, I tell it like it is, and I’m super sarcastic and antisocial,” bragged Vance before accidentally spilling skim milk on her blouse and having a panic attack. “I suppose it’s not a perfect 1-to-1. For instance, instead of corporate jobs, my dad is a short-order burger cook and my mom drinks maybe a little too much wine. But look at my dorky glasses. Who else could I be besides Daria?”

“Oh, Rachel is like 95% Tina Belcher with maybe 5% Britta from ‘Community’ thrown in there. But Daria is one of the last fictional characters I would think to compare her to,” Thurston said. “She groans and mumbles under her breath to herself whenever she feels awkward, and that’s like, all time. Plus, she’s always creepin’ on someone, too, and that’s a Tina thing, not a Daria thing. Except when Trent was around, of course. I suppose she is sarcastic, but she doesn’t tell people off like Daria. Again, she’s a mumbler. And she’s really into horses.”

Sociology professor and human behavior expert Myron Fitzpatrick shared his two cents on the phenomenon of always thinking we are the most badass character in the cartoon show.

“It is incredibly common for people to see traits of themselves in admirable characters, whether those traits are actually present or not. ‘Daria’ has done quite a number on mousy Millennial and Gen X women,” explained Fitzpatrick. “But men are not immune to this phenomenon either. The male students in my class always think they’re rebellious, badass Bart Simpsons, but everyone can’t be a Bart. In fact, the wide majority of the men in these generations are dimwitted, crayon-up-the-nose Ralph Wiggums because, unfortunately, the world is full of Ralphs.”