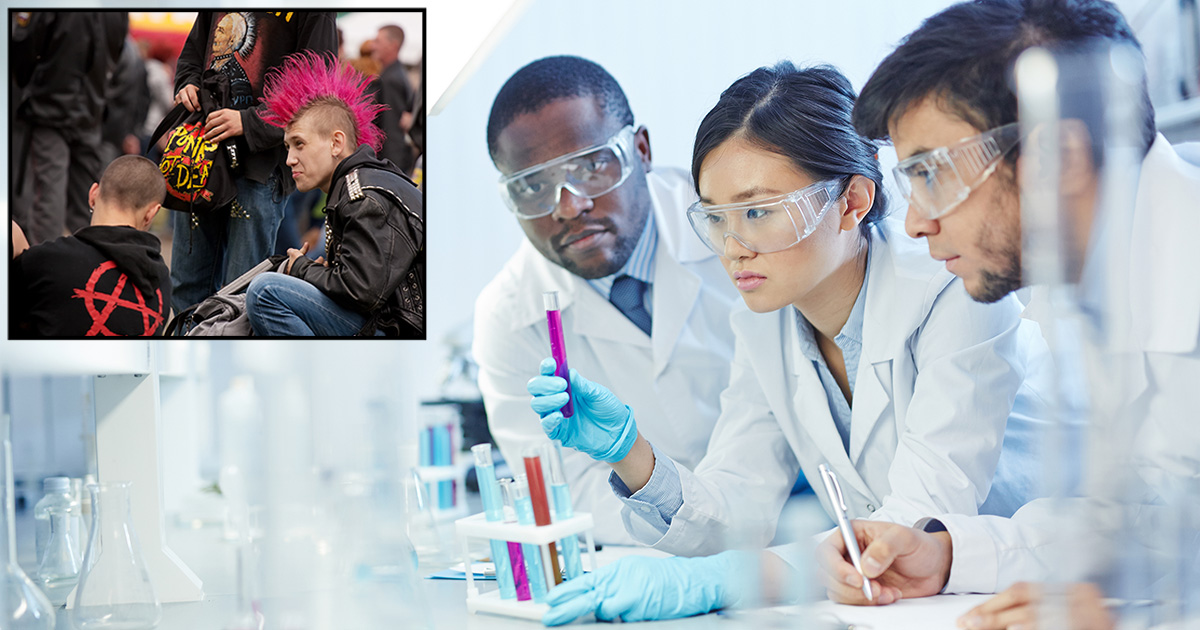 WASHINGTON — Scientists researching the life expectancy of punks now claim that the first punk to live a full 65 years has likely already been born, according to a report released today.

“There’s a lot of variables involved here,” said Dr. Janice Goobstrong, the lead researcher from the Allin Foundation for Aging Punks Institute. “There’s been a tremendous advancement in GMOs, for example, which have improved the shelf-life of hard drugs — as well as the fast food that’s left in dumpsters. Back in the day, you ran a real risk of contracting E. coli, but that’s just not the case these days.”

The report, titled, “Punk’s not Dead, but Will Collect Social Security,” found the life expectancy for an average punk born in the 20th century a mere 49.8 years. However, the punk mortality rate is one of the few demographic statistics expected to lower over time.

“Healthy punks, a.k.a. ‘posers who left the scene early,’ still died of old age as late as 55 in our last study. These new findings blow everything we thought we knew out of the water,” said Dr. Goobstrong. “Even climate change plays a role: as temperatures rise, the number of squatter punks who freeze to death each year drops. That alone bumped the average up nearly three years.”

However, not everybody saw the increasing age of punks as a net positive for the community.

“Having a bunch of older punks around is going to strain the local economy,” said club owner and promoter Louie Nuggs. “They already have their nostalgic gear, and a high percentage of them are sober now… so, right off the bat, there goes lots of bar and merch money. Now, I may have to make the club geezer-friendly? Getting wheelchair complaint costs a ton.”

“I’ve been called racist and sexist, but I don’t think I can sustain being called ageist,” Nuggs added. “That’s just one too many ‘ists’ for one club.”

As for who the groundbreaking, old-ass punk may be, Dr. Goobstrong offered an educated guess.