School Of Hard Knocks Graduates Yet Another Class Of Racist Uncles 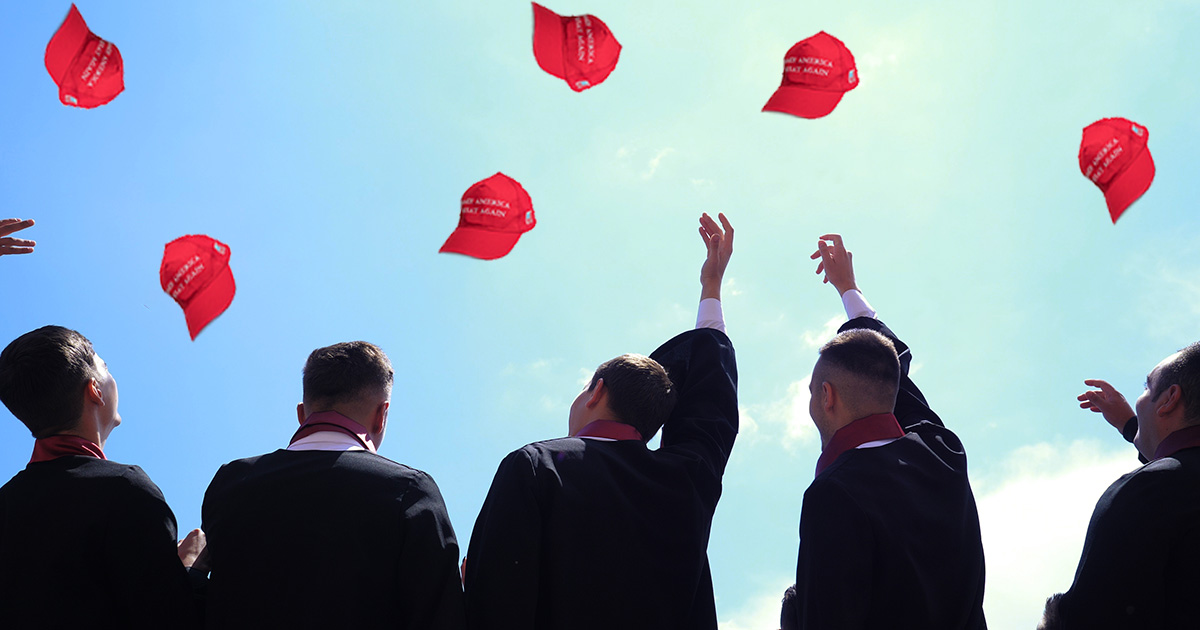 “When our students first enroll, they have barely been knocked around. But our exclusive ‘Get Your Ass Up’ program gets them knocked hard in no time. It’s amazing to see that inner glow sucked right out and replaced with a toxic disdain for the nanny state,” said Dean Of Students Rick “Dean of Mean” Banger. “This has been a tough year. We had some unrest around police excessive force and almost lost a couple students who thought the cops were out of line. But we were able to remind them that if you didn’t want to be killed in the street, maybe you shouldn’t be involved in a misdemeanor. That’s the kind of magic we do.”

Recent graduate Chet Ratkin said he feels there’s something for everyone at the school.

“You don’t realize what you’ve been missing from your life until you put ‘School Of Hard Knocks’ into your Facebook profile. An entire world opens up to you. I never had the courage to yell at a Buffalo Wild Wings waitress in front of an entire birthday party, but now I do it every single time. It feels so liberating,” said Ratkin while buying new tires for his classic Ford Mustang. “My Democrat niece is going to some fancy art school to study how to be a communist or something. I have an entire speech about freeloading, job-stealing immigrants that I wrote during my senior year that I’m going to hit her with on Thanksgiving, right after she’s done talking about how we are living on stolen land.”

“Every year they come to us looking for accreditation. They usually bring their class roster written on the back of a bar napkin. And I’m all for alternative education, but when your schedule consists of classes like Dodging Child Support and Social Media Intimidation, it’s hard for us to sign off,” said Stanfield. “I mean, they don’t even have a real location. They just meet at the high school football field to complain about kids today and participation trophies. The head professor is currently under house arrest for stalking his ex-wife. It’s all a giant mess.”

Ratkin was unavailable for further comment, as he was busy setting up the latest Joe Rogan program as his Valedictorian speech.