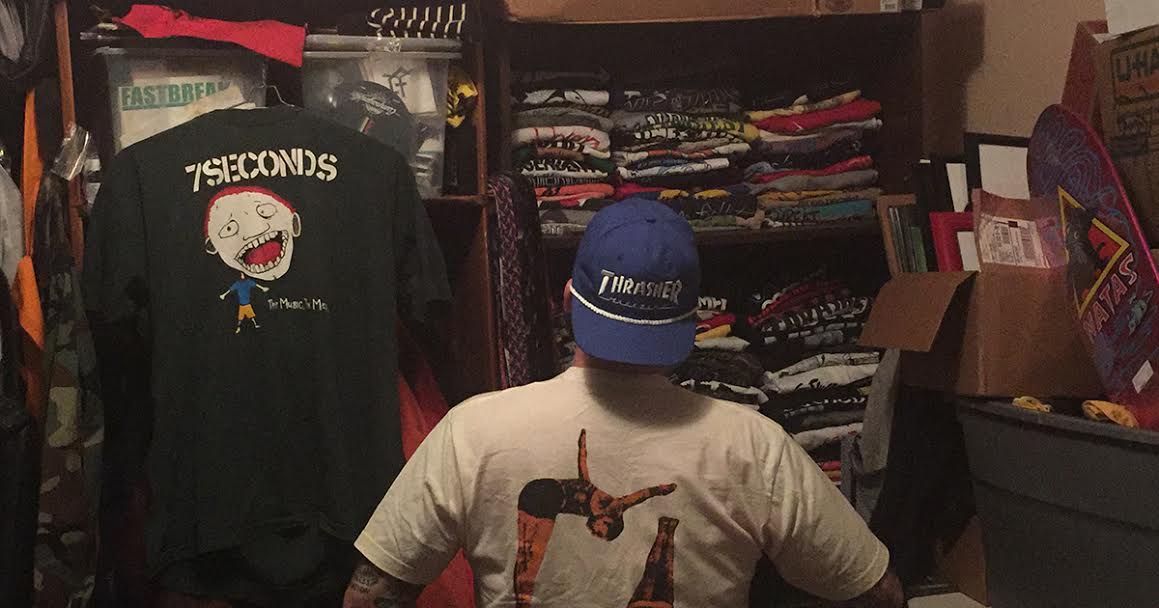 DETROIT — The closet of 41-year-old scene veteran Eddie Pierce is filled with hundreds of band t-shirts to pair with exactly one pair of pants, sources who are dying to take the man shopping confirmed.

“I think his merch collection started before we were even dating,” claimed Beth Jensen, Pierce’s wife of seven years. “Back then, he had three or four pairs of pants. I specifically remember jeans, a pair of khakis… even cargo pants. It was a different time.”

Jensen believes that, over the last four years, her husband has slowly worked his way down to a single pair of jeans, worn daily.

“For a long time, I thought he was alternating between two pairs of black jeans — but after he got one of those weird toothpaste stains on one of the legs, I realized it was the same pair of pants,” said Jensen. “He never cleans them. The closest he came to washing them was last summer when he fell into a pool fully-clothed.”

Pierce’s clothing has led to some strife within the family, especially on his wedding day.

“My mom was incredulous. I thought it was a big deal that he wore a blazer over his Guantanamo Baywatch T-shirt, but she wasn’t having it,” said Jensen. “The only time I saw him dress any better was for a court date when he borrowed a suit from his dad.”

“All my mom gave us for the wedding was a Men’s Wearhouse gift card,” she later added. “We still have it.”

Pierce, an HVAC technician who still averages over four shows and three merch runs per week, feels one pair of pants is “more than enough.”

“I’m not about to waste my time going to some department store and trying on pants for eight hours a day. You don’t need to buy another pair until the crotch is too ripped to patch up,” said Pierce. “And I actually do have more than one pair of pants: I have some light grey sweatpants for relaxing around the house.”

Despite Pierce’s steadfast ways, while the couple does not yet have a child, they reportedly are considering it.

“My friends don’t think Eddie is cut out for fatherhood, but he’s been so supportive of the scene that I think he’s ready for the responsibility,” said Jensen wistfully. “His closet must have the makings for a Ramones or Misfits onesie. A baby would look so cute in that.”