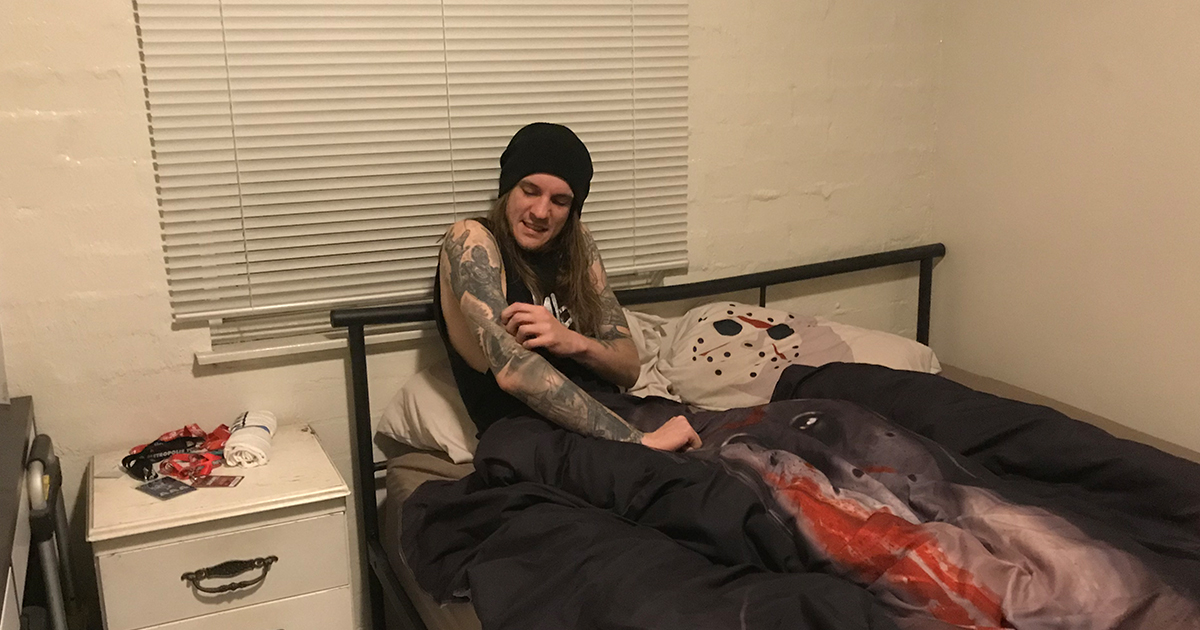 ATHENS, Ga. — Local punk Ramon Dixon has officially decided he’ll “give it a few days” before telling his roommates about the weird bites found on his skin early this morning, a source confirmed.

“I just think it’s important not to jump to conclusions,” Dixon said, rubbing calamine lotion on his biceps, underarms, and between the webs of his toes. “Like, that one time when I thought I had chlamydia, and it ended up just being the fire ant colony under my bike seat? A whole afternoon at the Little Clinic for nothing.”

Citing concern over his housemates’ potential reactions, along with the possibility that the bumps were just “a thing that happens sometimes when the weather changes,” Dixon is considering a number of theories after confiding in close friends — all of which he used to further convince himself that there is no reason to be alarmed.

“I mean, I’m allergic to cats,” said Duane Houston, the drummer in Dixon’s band, Sex Knot. “I know there’s not a cat in his apartment; there isn’t in mine, either. I once had a really bad dream about Mike Myers in that The Cat in the Hat movie and woke up fucked up all over. I’m just saying — sometimes weird shit happens for weird reasons.”

For his part, Dixon suspects recent renovations to the four-bedroom bungalow and DIY venue he calls home may be the cause of the mysterious blemishes.

“I saw a couple Reddit posts about how old asbestos can get knocked around when you try to fix shit, so it’s probably just that, right? Like, not a big deal,” Dixon said. “And WebMD said something about dust mite allergies, and I haven’t confirmed that it’s not dust mites so… yeah. I’m probably just being paranoid. Right?”

Thus far, Dixon is remaining calm in the face of a potential household emergency.

“Like I said, there’s no reason to get all freaked out just yet,” he repeated, itching his calves with his bare toenails. “Same goes for the mold in the corner of my room — I bet that shit’ll huff like a dream in a week or so.”