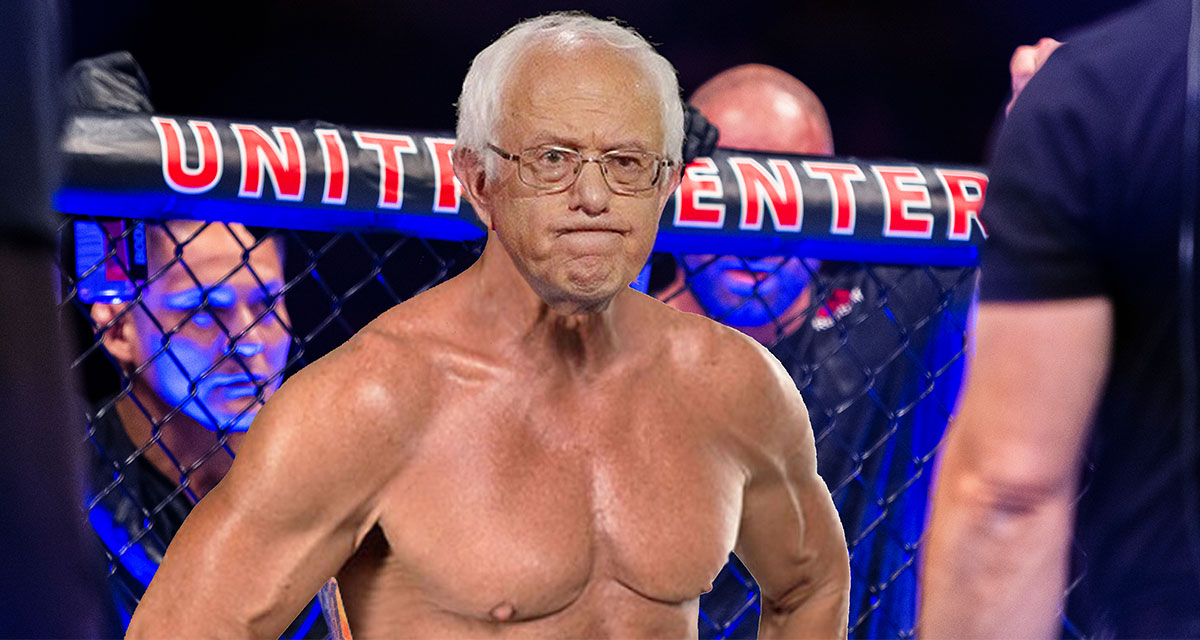 RALEIGH, N.C. —  A shirtless Senator Bernie Sanders stepped into the UFC Octagon vowing to take on all comers during a media workout ahead of UFC on ESPN+ 24, citing Joe Rogan’s endorsement as the final push towards something he’s “been considering for some time now.”

“Soon Americans will watch me mop the floor with the likes of Nate Diaz, Conor McGregor, and that Trump-supporting blowhard with pillows for hands Colby Covington and they will realize that this beatdown is exactly what I will do to the big banks,” said Sanders. “Joe’s support gave me the confidence to train my butt off and I’m ready to debut at any weight class.”

Reaction among Sanders supporters remains split so far with some fearing for the presidential hopefuls safety and others eager to see him “fuck shit up.”

“I guess I should have seen this coming, he’s been in much better shape this election cycle and at every debate he’s drinking Onnit almost non-stopped,” said longtime Sanders supporter Carly Barnridge. “I just hope they give him an easy first fight like CM Punk or something.”

Sanders adamantly denied allegations that his newfound aggression represented a shift in his political views, claiming “I’m going to show America just how badly we need healthcare reform by lumping up any chump dumb enough to step into this cage.”