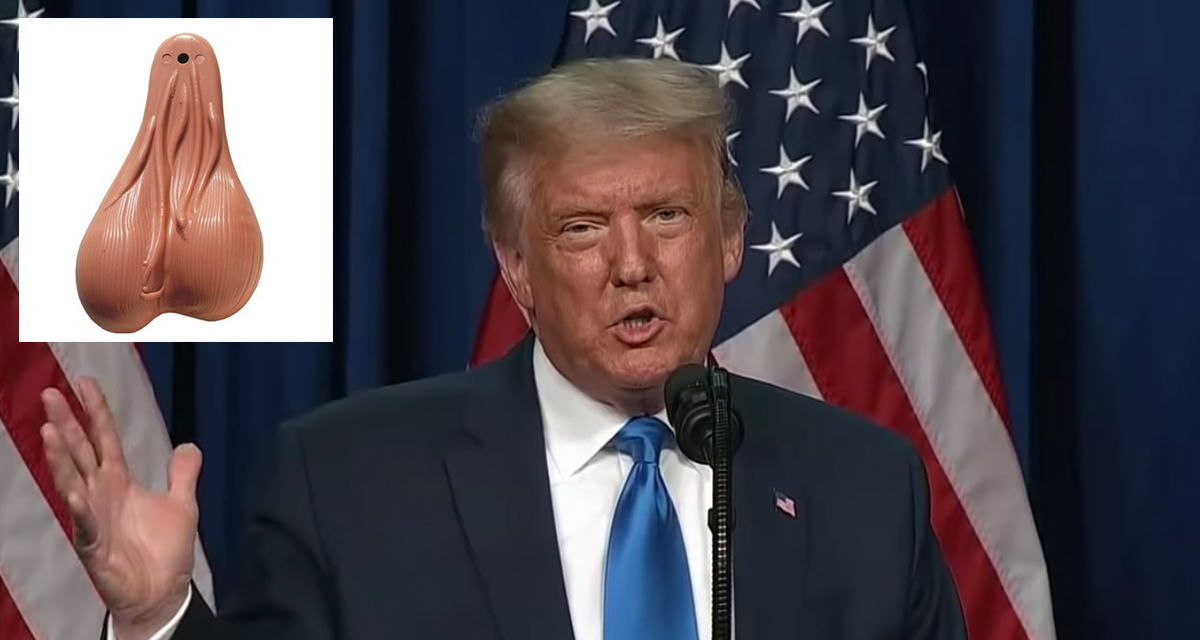 “Unlike the Democrats, we here in the Republican party care about small businesses, and we especially appreciate a nice pair of swinging balls. Balls are what made this country great, and people like Nancy Pelosi and the ‘Squad’ want to take those balls away from you,” said McDaniel. “TruckNutz are an affordable, plastic representation of everything we stand for as Americans: free speech, ingenuity, and pissing off everyone behind you. Join us tonight as we celebrate Donald Trump by unveiling a new model of TruckNutz that are an exact replica of his own freedom-loving, money-making testicles.”

TruckNutz inventor David Ham is thrilled his product is the sole advertiser for night four of the convention.

“Somehow, the only advertisers bidding against me were gun manufacturers and a company that specializes in getting stains out of Klan robes. A platform on this big of a stage could be massive for the company,” said Ham from his home office painted to look like a scrotum. “Our market research shows that not everyone who drives a truck votes Republican, but every Republican drives a truck. So we could be seeing thousands of swinging ballsacks shipping out of our warehouse in China in a matter of days.”

President Trump instantly welcomed the new corporate sponsor, claiming he has been a fan for years.

“People these days, they say, ‘We don’t want to see your balls,’ they always say this. I’ve been making my employees look at my balls for years. They love it! They see my balls, and they can’t believe ‘em — the size, smoothness, everything. And when I see TruckNutz, it reminds me of my own balls,” said Trump. “Obama never showed his balls to anyone. I actually heard he doesn’t have any balls — this is true. It was supposed to be this big secret, but I knew the truth. TruckNutz and Trump are going to rule this country for another 20 years, mark my words.”

At press time, Vice President Mike Pence was being rushed to a hospital after seeing a TruckNutz banner display and instantly going into a coma.