Review: Kevin Smith’s He-Man Is Faithful Except for All the Characters Wearing Hockey Jerseys and Jorts 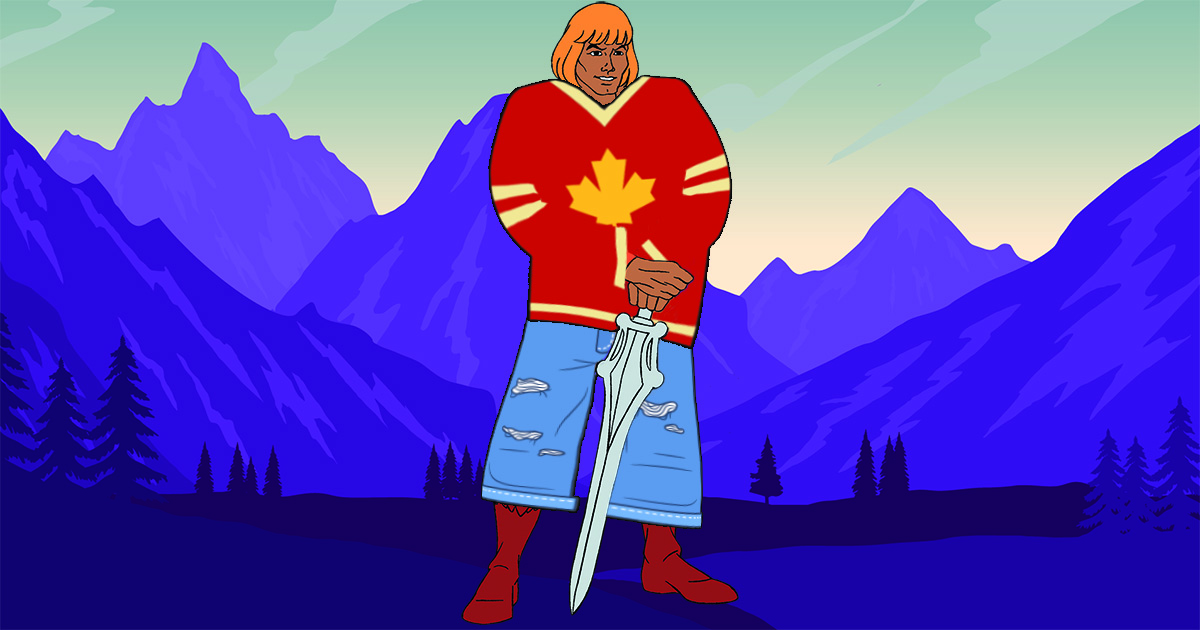 Kevin Smith’s “Masters of the Universe: Revelation” is a faithful continuation of 1983’s “He-Man,” chock full of the colorful villains and heroes we all know and love from the original series. However, “Revelation” features one small, but crucial change: For some reason, all the characters are dressed in NHL jerseys and jean shorts, and talk endlessly about “Star Wars” and eating ass.

Smith’s “New JersEternia” universe in which this show resides takes inspiration from its source material, but at the same time is very much infused with Smith’s DNA. Castle Greyskull still exists but is now shaped like a convenience store. In the review episode, the main characters hang out inside and talk about magic, Wayne Gretzky, and CW’s “The Flash” for 10 minutes before anything resembling a storyline begins.

When Skeletor and his crew finally show up, it seems that the show has been gearing up for a huge battle, but instead the heroes and villains trade quips about sucking dick for another 10 minutes before smoking a bowl together. Then they fight for 2 minutes. After defeating Skeletor, Prince Adam makes a bong out of The Lord of Destruction’s skull and starts ripping tubes. Skeletor gets high off it somehow, and then they have a meta conversation about superhero/supervillain dichotomy for the remainder of the episode. Maybe it was a bit talk-heavy and meandering, but hey, what Smith script isn’t?

Drug use and penises aren’t the only things that made their way from the View Askewniverse to New JersEternia, with Smith’s frequent co-star Jason Mewes also appearing. Mewes plays Stinkor, a skunk-man whose powers involve smelling really bad. It’s unclear whether the smell is caused by the JersEternian equivalent of weed or if this is yet another Mewes character that seems like he doesn’t bathe. I for one am looking forward to the fleshing out of this character and why he smells.

All in all, this was a strong pilot episode from Smith. Prince Adam’s costume of a portly man in a Devils jersey with a pair of JNCO jean shorts was confusing at first, and Skeletor is clearly inspired by Smith’s nemesis Bruce Willis, but the jokes about farting during butt play made me laugh. Not as good as “Clerks” or “Dogma,” but likely better than the rest of his movies.

4 out of 5 Dick-Shaped He-Man Swords